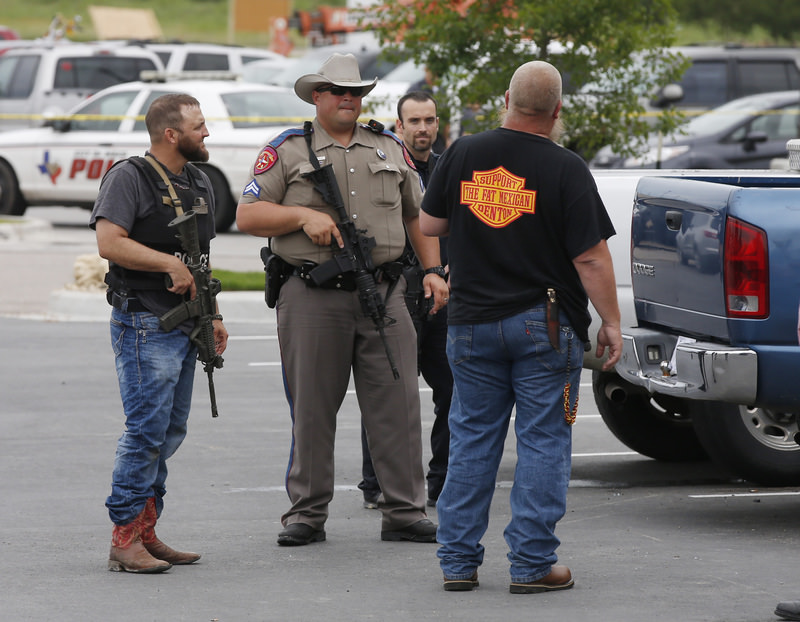 by Daily Sabah with Wires May 18, 2015 12:00 am
A shooting between rival biker gangs at a Central Texas restaurant has left nine people dead and some others wounded.
Waco police Sgt. W. Patrick Swanton says eight people died at the scene of the shooting which occurred at the Twin Peaks restaurant around noon on Sunday and another person died at the hospital.

Swanton says the fight began with punches and resumed with knives and firearms. It's not immediately clear if bystanders are among the dead.

The severity of injuries to others was not immediately known.

He says police were aware that gang members were gathering at the restaurant and officers were present when the shooting began.

Some of the officers fired on bikers as the shooting spread from the restaurant into a busy parking lot. Patrons and bystanders dove for cover.

All of the fatalities were bikers, according to local sources. Police said that no officer had been injured or killed.

It is uncertain if there were any casualties among patrons of the bar who were not affiliated with the bikers.
Last Update: May 18, 2015 2:45 am
RELATED TOPICS