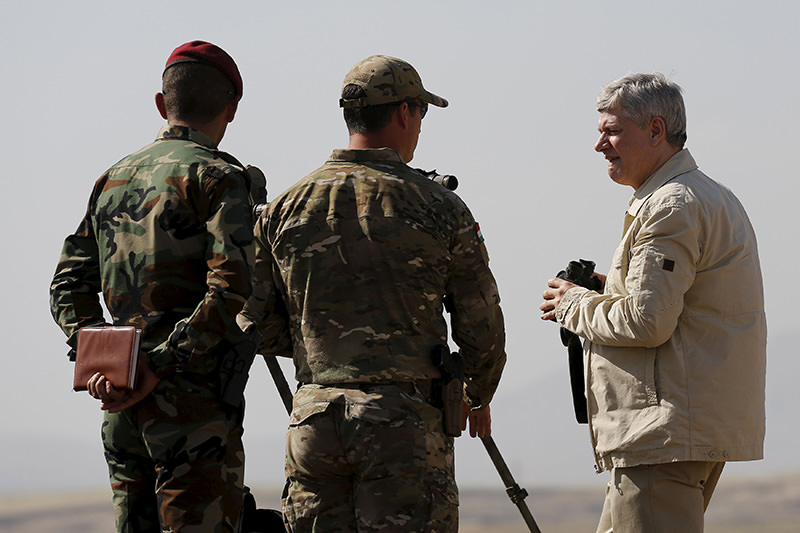 Canada's Prime Minister Stephen Harper (R) looks out towards Islamic State positions during his visit to Iraq in early May (Reuters Photo)
by Daily Sabah with AFP May 20, 2015 12:00 am
Ten Canadian youths have been arrested by Canadian police as they allegedly tried to leave the country to join the self-proclaimed Islamic State of Iraq and al-Sham (ISIS), the Royal Canadian Mounted Police said Tuesday.

The federal police arrested the group, all residents of the Montreal area, last weekend at the city's international airport and their passports have been withheld.

Charges have not been filed and the families and relatives of the youth are being interviewed, police said.

Local media reported that one parent had notified authorities of the planned departure, but the police said they could not provide information about what led to their arrests.

Canada in particular has been concerned over the number of youths from the country who have tried to join the group.

Six teenagers from the Montreal area left the country and apparently joined ISIS several months ago while another teen was arrested in March for aiming to join the ISIS.

Canadian troops are part of a multinational coalition to halt the advance of ISIS militants in Iraq and Syria.
Last Update: May 20, 2015 12:58 pm
RELATED TOPICS