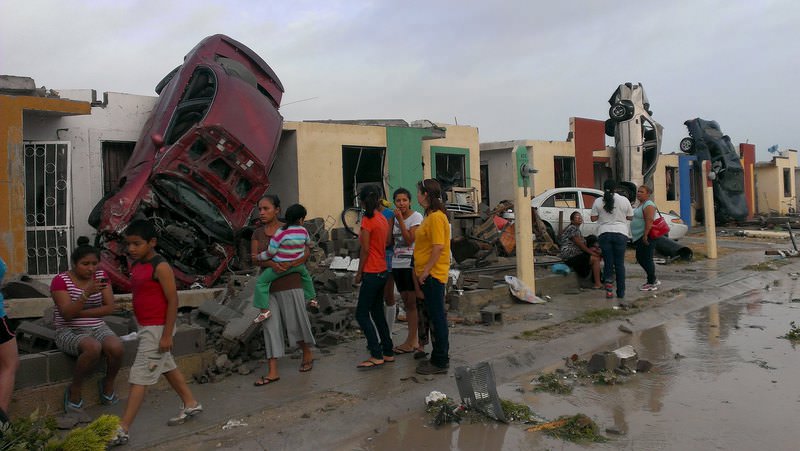 by May 25, 2015 12:00 am
At least 11 people died Monday morning after a powerful tornado ripped through the northern Mexican border city of Ciudad Acuna, destroying dozens of homes and wrecking cars, Mayor Evaristo Lenin Perez said.

An estimated 180 people were injured in the whirlwind, which damaged as many as 350 homes, knocking down walls and ceilings, and slammed into vehicles in the city that lies across the Rio Grande from Del Rio, Texas, officials said.

"Most of the dead are people who were outside, not people who were inside their homes," Perez told local television. At least 11 people had died, Perez said on his Twitter account.

Images from local media showed upturned cars and piles of rubble left by the tornado, which struck at just after 6.00 a.m. local time on Monday, according to a statement put out by the city's home state of Coahuila.

"We're working on clearing the debris of the destroyed buildings and cars that were displaced," said Francisco Martinez, the deputy minister for Civil Protection in Coahuila.

Martinez said the death toll in Acuna, which had a population of about 134,000 in 2010, could rise once all agencies had finished their search.

Coahuila's governor Ruben Moreira is due to visit the city this afternoon.