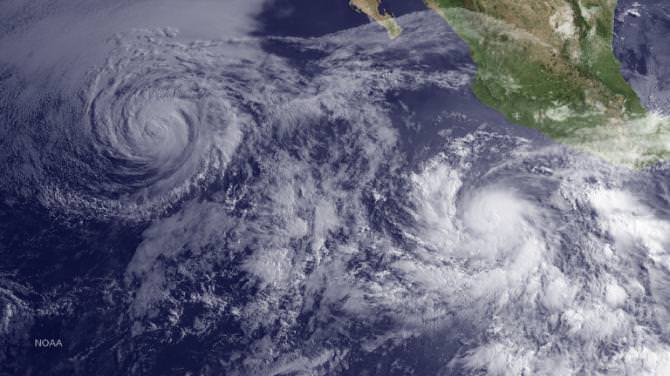 by Jun 05, 2015 12:00 am
Hurricane Blanca is expected to hit Mexico's Baja California peninsula on Sunday as it heads northwest off the country's Pacific coast, the U.S. National Hurricane Center said on Friday.

Blanca, the second hurricane to form off Mexico's Pacific coast this year, is about 320 miles (515 km) south of the major port of Manzanillo, and remains a category 2 storm with maximum sustained winds of 100 miles per hour (161 km), the Miami-based NHC said in a report.

It had earlier been a powerful category 4 storm on the five-step scale of hurricane strength. The NHC expects it to strengthen again slightly over the next 24 to 36 hours but it is unlikely to move up a category and should weaken again on Sunday.

"We don't expect it to turn into a super hurricane," said NHC spokesman Dennis Feltgen. "But we don't want anyone taking this lightly just because the wind speed didn't go up a little bit."