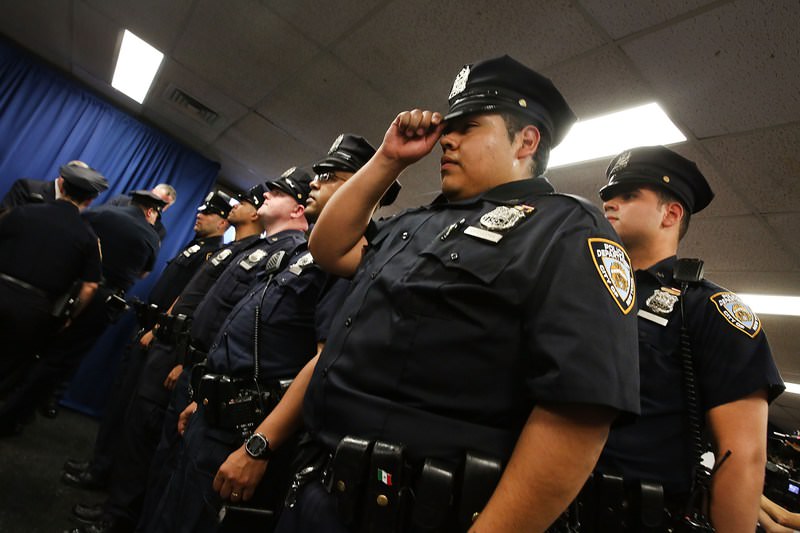 by Jun 11, 2015 12:00 am
Hundreds of extra cops were ordered off their desks and back onto the New York streets Wednesday in an effort to crack down on a fresh increase in murders and shootings.

Around 330 officers are being reassigned until further notice to patrol 10 high-crime parts of the city, predominantly in Brooklyn and the Bronx, but also in Queens and Staten Island.

There have been 451 shooting incidents so far this year, compared to 428 at the same point in 2014, with murders at 143 compared to 121 up to the same period last year, police said.

It is the second year running that rising crime has forced desk officers back onto the streets, but this time the initiative is starting a month earlier.

"We will keep it going until we see the decreases that we fully expect will occur," New York Police Commissioner Bill Bratton told reporters.

"If we are able to douse that fire, we may be in a position to return these officers back to their original assignments earlier. Right now it's open-ended."

"New York City is one of the largest safe cities in America but unfortunately that level of safety is not present in all of our communities," Bratton said.

There are currently 34,500 police officers in New York. The city has a population of more than 8.4 million.