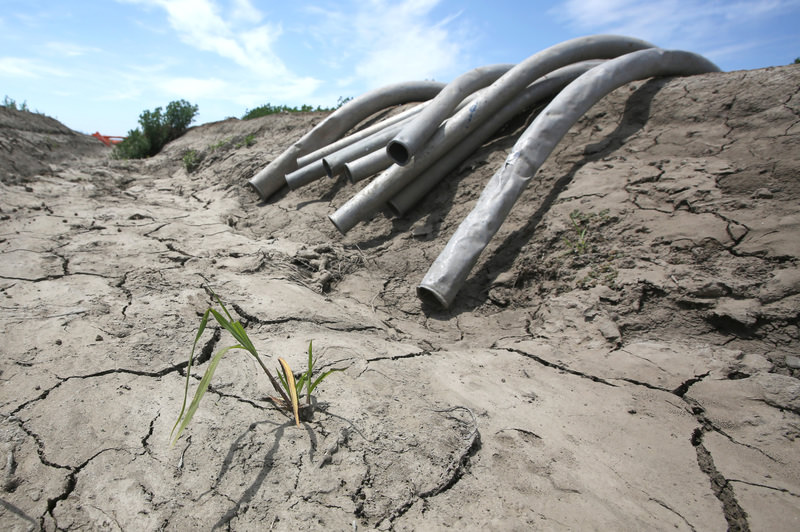 by Associated Press Jun 12, 2015 12:00 am
Drought-stricken California has ordered the largest cuts on record to farmers holding some of the state's strongest water rights.

State water officials announced the decision Friday to tell more than a hundred senior rights holders in California's Sacramento, San Joaquin and delta watersheds to stop pumping from those waterways.

The move marked the first time that the state has forced large numbers of holders of senior-water rights holders to curtail water use. It will affect thousands of farmers.

The move shows California is sparing fewer and fewer users in the push to cut back on water using during the state's four-year drought.

The order applies to farmers and others whose rights to water were staked more than a century ago. Many farmers holding those senior-water rights contend the state has no authority to order cuts.

California already has ordered cuts in water use by cities and towns and by many other farmers.
Last Update: Jun 12, 2015 11:18 pm
RELATED TOPICS