US President Obama to attend funeral of Charleston victim 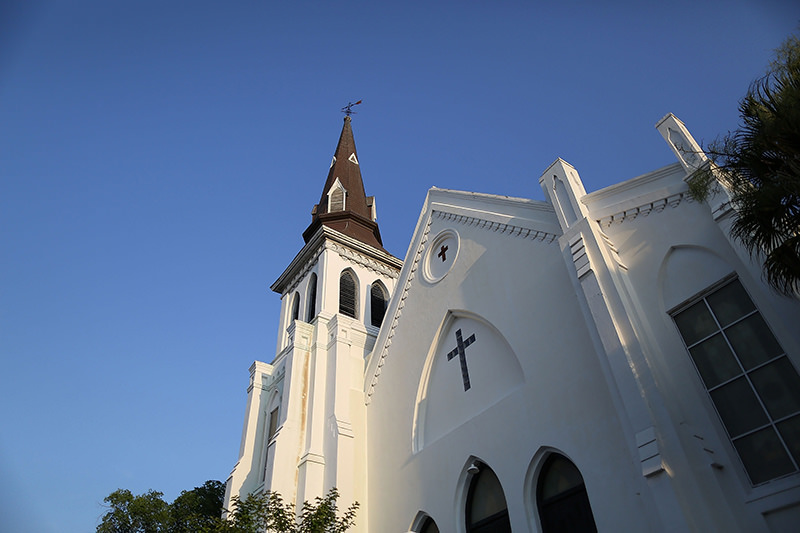 he Emanuel African Methodist Episcopal Church is seen after a mass shooting five days that killed nine people, on June 22, 2015 (AFP Photo)
by Compiled from Wire Services Jun 22, 2015 12:00 am
US President Barack Obama will visit Charleston on Friday to deliver the eulogy at the funeral of the pastor of a historic black church who was slain in last week's mass shooting, a White House official said Monday.

Vice President Joe Biden will also attend the funeral of Rev. Clementa Pinckney, one of nine victims of the rampage at the Emanuel African Methodist Episcopal Church in the southeastern US city, carried out by a suspected white supremacist

On June 17 in Charleston, South Carolina, a white male 21-year-old Dylan Roof opened fire on the nearly 200-year-old Emmanuel African Methodist Episcopal Church, a historical black church very close to the center of Charleston's tourist district. The mass shooting killed nine African-American attendees. Four pastors, including Democratic state Senator Clementa Pickney, were among the six women and three men killed. Eight died at the scene while the ninth died from sustained injuries after being taken to a hospital.