Immediate action must be taken against climate change: White House 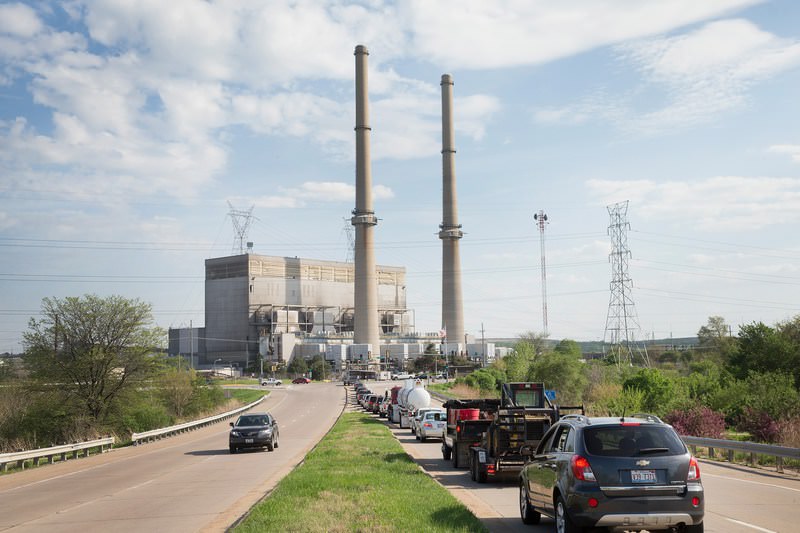 The Environmental Protection Agency (EPA) reports the combustion of fossil fuels to generate electricity is the largest single source of CO2 emissions in the United States, followed by the burning of fossil fuels for transportation. (AFP Photo)
by Associated Press Jun 23, 2015 12:00 am
The U.S. administration released a report on Monday that calls for action against global warming after alarming predictions of 57,000 deaths a year in the U.S. from poor air quality by the year 2100.

The report says inaction on climate change could cost billions of dollars a year in damage from rising sea levels, increased wildfires and drought, as well as higher costs for electricity to cool homes and businesses in hotter temperatures. The Environmental Protection Agency report argues that action now on climate could save billions in avoided costs for maintenance and repairs on roads and bridges made vulnerable by global warming and save the lives of an estimated 12,000 people in 49 U.S. cities who could die from extreme temperatures in 2100.

The report comes as Republicans in Congress seek to undo the administration's environmental policies, including an expected plan by the EPA to target coal-fired power plants, and days after Pope Francis issued a stern warning about global warming's consequences, especially for the poor and underdeveloped nations. The National Oceanic and Atmospheric Administration said last month was the hottest May around the globe in 136 years of global records.

The White House report is part of a weeklong effort to emphasize climate change to mark the two-year anniversary of a "climate action plan" announced by President Barack Obama.

While the most severe effects of global warming would not be felt for decades, the Obama administration said decisions about climate change need to be made now.

"Decisions are not going to wait 50 years," EPA Administrator Gina McCarthy told reporters at a White House briefing. "They are today's decisions."

McCarthy called the report "a wake-up call for some who may not be aware" of the potential damages of climate change.

Obama, in an interview out Monday with comedian Marc Maron for his popular podcast, said he was acting on his own on power plants and other environmental regulations because the Republican-controlled Congress has blocked more comprehensive efforts.

"We'll get that stuff done," Obama said, adding that "it would be a lot better, it would be a lot more helpful, if we had some cooperation from Congress, and if I didn't have the chairman of the energy and environment committee in the Senate holding up a snowball as if that was proof that climate change wasn't happening, that would be useful."

Obama's comments referred to Sen. James Inhofe, the Republican chairman of the Senate Environment and Public Works Committee, who tossed a snowball in the Senate chamber in February to demonstrate his claim that global warming is a hoax.

The EPA report says actions to slow climate change could save about $3.1 billion in expected costs from sea-level rise and storm surge in 2100, while the power sector could save as much as $34 billion by 2050 in avoided costs for additional electricity for air conditioning and other uses.

An estimated $3 billion in avoided damages from poor water quality could be saved by 2100, the report said.

Actions begun in the next few years could reduce droughts by at least 40 percent by 2100 and save an estimated 6 to 8 million acres from being burned by wildfires, the report said.

It said meaningful actions also could prevent the loss of about one-third of U.S. supplies of oysters, scallops and clams by 2100, as well as 35 percent of Hawaiian coral reefs.

The Republican-controlled House is expected to vote this week on a bill to scale back the plan on coal-fired power plants, the centerpiece of Obama's second-term push to confront climate change.