Obama uses N-word in podcast to make point on racism 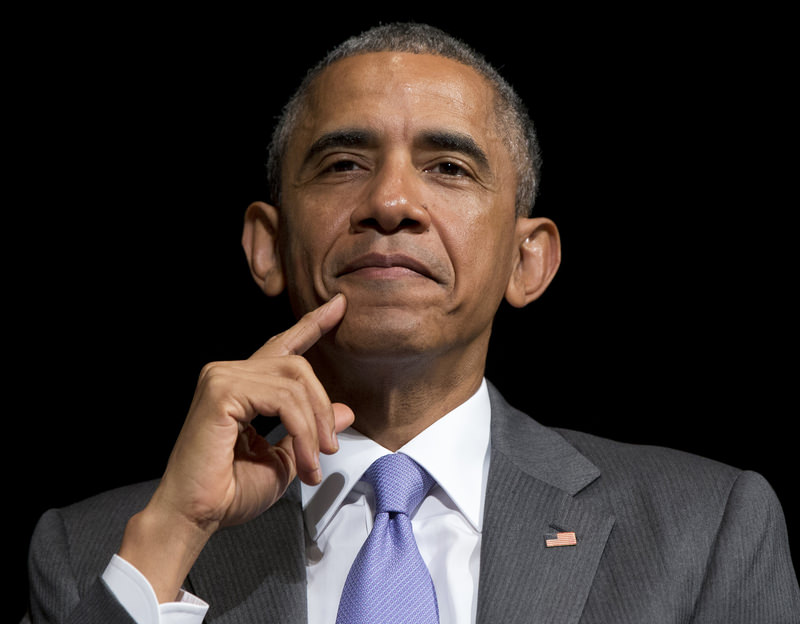 by Daily Sabah with Wires Jun 23, 2015 12:00 am
U.S. President Barack Obama ignited a storm of social media debate on Monday when he used a racial epithet in an interview posted online that discussed race relations following the recent killings of nine black churchgoers.

The word has a long U.S. history and is almost never used in public remarks, particularly by politicians, and Obama's use of it comes amid a fresh round of soul-searching by many Americans over the country's long struggle with racism.

White House spokesman Josh Earnest, at a daily briefing with reporters on Monday, said Obama intended to be provocative by using the word and to illustrate a larger point.

"I would acknowledge that the way the president designed his argument in this scenario is more provocative," Earnest said, making clear that Obama did not regret his word choice.

He is by no means the first American president to use the word in modern times. But while Obama did so in public, trying to make a point about enduring racism, several of the white men who preceded him in the White House used the term in private and in racially disparaging ways.

Nixon was caught on his own White House tapes referring to blacks as "niggers" and "jigaboos," another racial epithet.

Though Johnson pushed through landmark civil rights laws, biographer Robert Dallek wrote that Johnson said he nominated well-known jurist Thurgood Marshall to the Supreme Court, rather than a lesser-known black candidate, because "when I appoint a nigger to the bench, I want everybody to know he's a nigger."

Obama used the word multiple times in his pre-presidential autobiography "Dreams from My Father." As president, Obama has been less provocative on race. He said in the interview that the United States has made progress on race in the past 50 years but the legacy of slavery still casts a shadow.