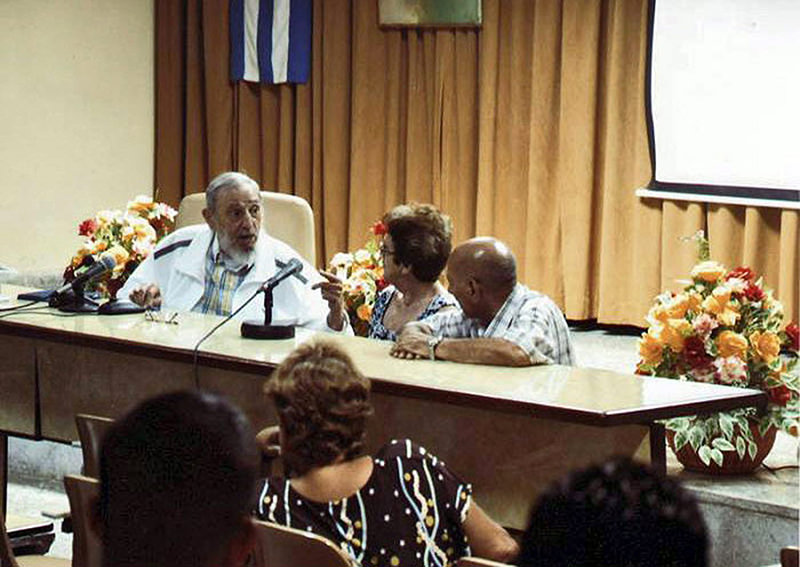 The 88-year-old revolutionary leader was seen visiting a food research institute in photos published in the Communist Party publication Granma. He was dressed in a white jacket and plaid shirt and spent more than four hours there.

In May, Castro met French President François Hollande, who was on an official visit to the country, at his home in western Havana.

Castro was seen briefly in public in April - for the first time in 14 months - when he visited a school near his home.

There has been much speculation over Castro's health. He turned the leadership of the country over to his brother Raul in 2006 because of health reasons.