No US troops will be sent to Syria to fight ISIS: President Obama 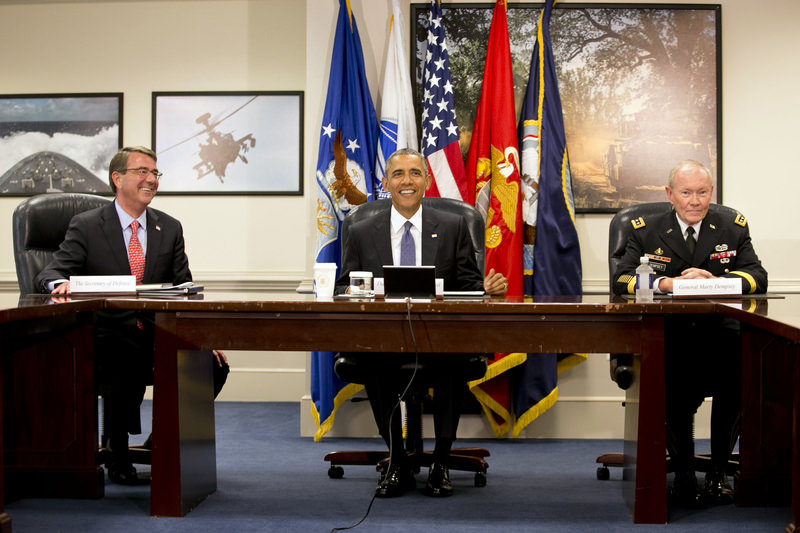 by Daily Sabah with Wires Jul 06, 2015 12:00 am
President Barack Obama made a rare visit to the Pentagon Monday to get an update from military leaders on the campaign against the self-proclaimed Islamic State of Iraq and al-Sham (ISIS) terrorist group.

Obama's meetings with top Pentagon officials and other national security advisers follow a wave of weekend airstrikes by the U.S.-led coalition in eastern Syria. The coalition says it was one of the most sustained aerial operations carried out in Syria to date.

Obama has insisted he will not send U.S. troops into combat to fight the ISIS in Iraq or Syria. However, he has acknowledged that the U.S. lacks a "complete strategy" for training Iraqi troops to carry out ground missions.

Efforts to train Syrian rebels are also sputtering. Fewer than 100 rebels are being trained by the U.S., far fewer than the goal of producing 5,400 fighters a year.

Ahead of Obama's meetings, the White House sharply criticized Republicans in the upper chamber of Congress for failing to confirm Adam Szubin, Obama's nominee to be the Treasury undersecretary responsible for choking off funding to groups like IS. White House spokesman Josh Earnest said Republicans had refused to "even give him the time of day for a hearing" since Obama nominated Szubin in April, adding that the Senate should confirm him before lawmakers go home for their annual August recess.