Muslim organizations in US fundraise to rebuild burned black churches 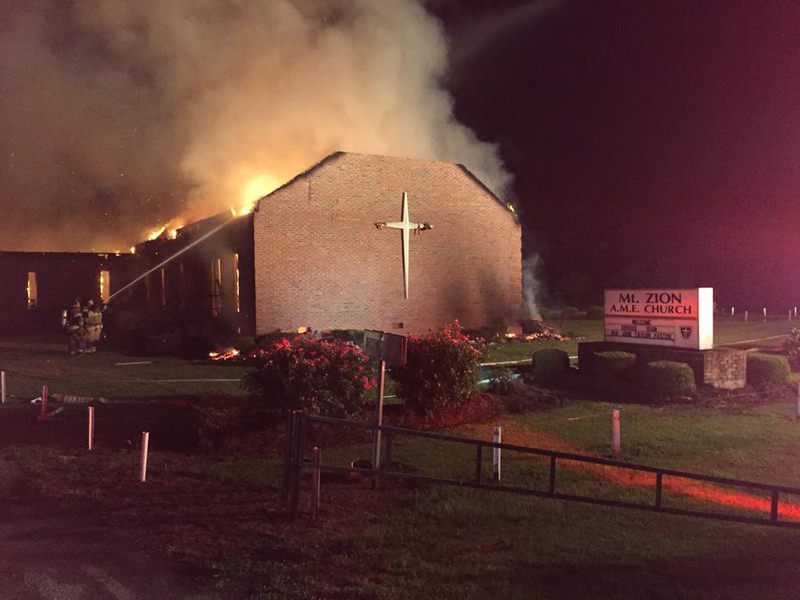 by Daily Sabah Jul 07, 2015 12:00 am
Muslim organizations in the United States have raised 23,000 dollars to rebuild eight African-American churches that burned down in the deadly Charleston shooting.

The fundraising campaign organized by UMMAH Wide, the Muslim Anti-Racism Collaborative, and the Arab American Association of New York said that the church burnings were undoubtedly arson attacks and were against the culture, the religion and the lives of the black communities.

The activists said that as Muslims experince sanctity of the mosques during the holy month of Ramadan, all houses of worship are sanctuaries, where all worshippers should feel safe and seek refuge.

Muslim scholar Imam Zaid Shakir explained the motivation for the campaign by saying "The American Muslim community cannot claim to have experienced anything close to the systematic and institutionalized racism and racist violence that has been visited upon African Americans. We do, however, understand the climate of racially inspired hate and bigotry that is being reignited in this country. We want to let our African American brothers and sisters know that we stand in solidarity with them during this dark hour."

However, the officials said the fires at African-American churches in southern U.S. do not appear to be linked or racially motivated.

Fears that the church fires might have been racially motivated were prompted by the fact that they occurred in the wake of the June 17 killing of nine black worshippers at an African-American church in Charleston, South Carolina.

The same church was set ablaze 20 years ago by two young Ku Klux Klan members who later pleaded guilty to federal civil rights charges.
U.S. news media has previously said at least three of the fires were possible acts of arson, and that a fourth involved a tree limb falling on power lines.

The hashtag #WhoIsBurningBlackChurches trended on Twitter, with some dreading a revival of a wave of church arsons that gripped the United States in the 1990s.

In a 2013 report, the National Fire Protection Association said 16 percent of the nearly 1,800 fires break out in places of worship and funeral homes in the U.S. every year and are set intentionally.