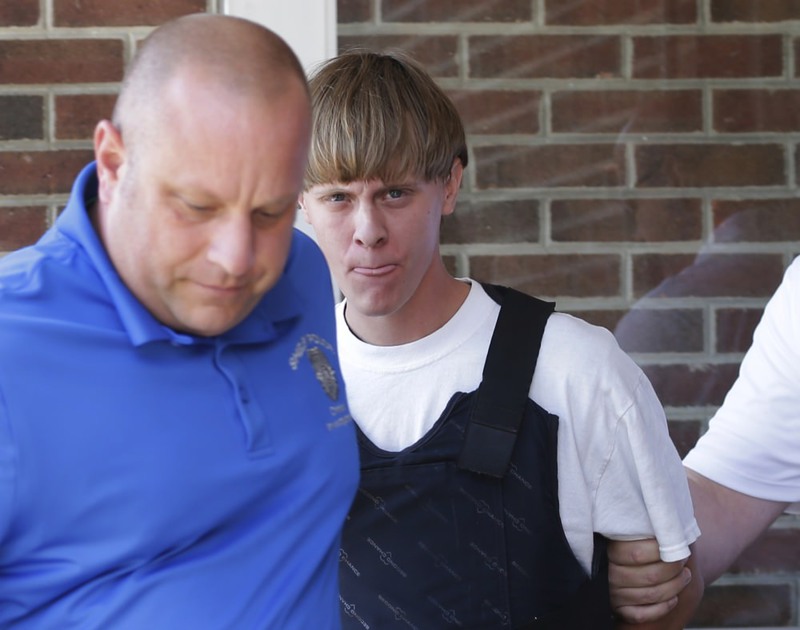 by Daily Sabah with AP Jul 23, 2015 12:00 am
The man accused of the slaying of nine black church members in Charleston last month was indicted Wednesday on 33 federal counts, including hate crimes, firearms violations and obstructing the practice of religion, which could include the death penalty.

Attorney General Loretta Lynch announced the federal grand jury indictments Dylann Roof, 21. The charges have been expected ever since Roof was arrested following the June 17 shootings at the Emanuel African Methodist Episcopal Church in downtown Charleston.

Roof, who is white, appeared in photos waving Confederate flags, and survivors told police that he hurled racial insults during the attack. The shootings prompted an abrupt shift in the political willingness to take down the Confederate flag from the South Carolina Statehouse grounds and renewed a movement to remove it from the public sphere around the south. The flag, flown by armies of the secessionist pro-slavery Confederacy during the civil war, is claimed by some white southerners as a symbol of regional and ancestral pride but has also been used by white supremacists. Prosecutors haven't said whether they'll seek the death penalty against Roof.

Federal officials had previously said that the shootings generally meet the legal requirements for a hate crime and that federal charges were likely. Roof already faces state charges including nine counts of murder. Hate crime cases are often challenging for the government because it must prove that a defendant was primarily motivated by a victim's race or religion as opposed to other factors frequently invoked by defense attorneys, such as drug addiction or mental illness.

Last year, a federal appeals court in Ohio overturned hate-crime convictions against Amish men and women accused in beard- and hair-cutting attacks against fellow Amish who were thought to have defied the community leader. The court held that the jury had received incorrect instructions about how to weigh the role of religion in the attacks and that prosecutors should have had to prove that the assaults wouldn't have happened but for religious motives.

Prosecutors in the Roof case appear to have a lot to work with, said Jens Ohlins, a law professor at Cornell University who has followed the case. It's going to be "very, very easy for a federal jury to conclude that the crime was committed for racial reasons because of the mountains of evidence that Roof left behind." Roof, whose social media profiles reveal a trend of white supremacy, is being identified by various media reports as a committed racist.

On June 17 in Charleston, South Carolina, Roof opened fire on the nearly 200-year-old Emmanuel African Methodist Episcopal Church, a historical black church very close to the center of Charleston's tourist district. The mass shooting killed nine black American attendees. Four pastors, including Democratic state Senator Clementa Pickney, were among the six women and three men killed. Eight died at the scene while the ninth died from sustained injuries after being taken to a hospital. Roof was later arrested in North Carolina. The massacre in Charleston was the latest in a series of bloody mass shootings in the U.S. that have reignited a debate over increasing hate crimes in the country. Last month, the Federal Bureau of Investigation (FBI) revealed a report suggesting that blacks are the most frequent victims of hate crimes, noting that nearly 32 percent of hate crimes in 2013 were perpetrated against blacks.
Last Update: Jul 23, 2015 11:28 pm
RELATED TOPICS