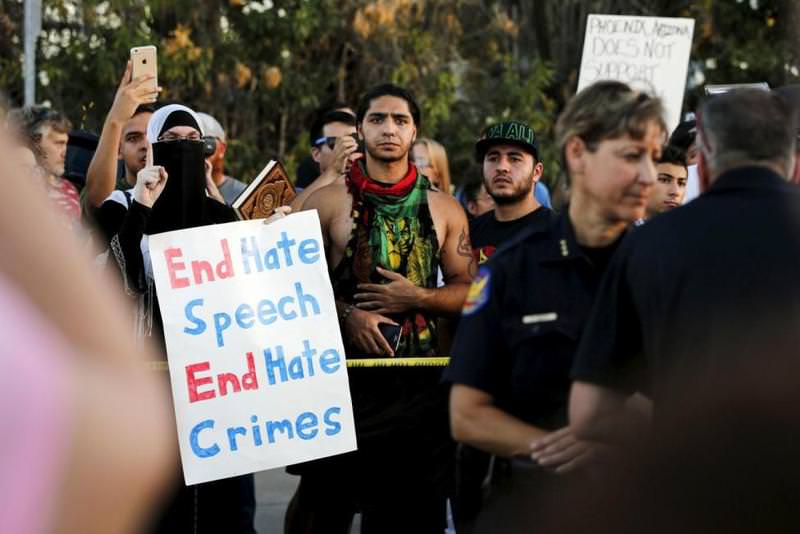 Although interfaith and human rights groups try to rectify the misperception that Muslims should be viewed suspiciously after terror attacks, reports reveal American Muslim communities are still unfairly targeted in the U.S.

A group of American Muslims and evangelical Christians together condemned the narrative that Muslims should be viewed suspiciously for terror attacks at a press conference in Washington, D.C., on Thursday.

At the conference, representatives from various organizations offered condolences for the killings of five U.S. military personnel last week by a Muslim in Chattanooga, Tennessee, and said that acts of terror should not be attributed to one particular group. In response to the deaths of five personnel, Franklin Graham, son of evangelical leader Billy Graham, wrote on Facebook that the U.S. should bar Muslims from immigrating. "I was so sad when I read the Facebook post of Franklin Graham, it is not 'evangelical' and even less evangelistic," Bob Roberts Jr., pastor of Northwood Church in Keller, Texas, said, according to the Washington Post. "I don't want American Muslims to think we fear them. Your contribution in our country and every domain of our society is tremendously valued," he said.

Rizwan Jaka, a board member of the ADAMS Center – a leading Muslim organization in Washington – said the U.S. Muslim community has fought against terrorism and radicalization, and it is unfair for some to question the loyalty of American Muslims to their country "who serve in the military, serve as doctors, engineers, teachers and professionals." Jaka said since the Sept. 11 terror attacks, 48 percent of terror acts have been committed against Muslims and extremist groups. "We are here to serve our country," he said proudly, while sporting an American flag on his jacket.

Catherine Orsborn, director of the Shoulder-to-Shoulder campaign – an interfaith organization fighting anti-Muslim ideology – said her organization has been working for five years to highlight that hateful rhetoric and discrimination against particular religious groups in the U.S. is a concern. "Those who seek to marginalize American Muslims are not only wrong in a moral sense but are disregarding our most effective tools for national security," she said.

However, despite the efforts of different groups, reports from rights groups reveal American Muslim communities are targeted for terror attacks, which leads to discrimination and human rights abuses. Al-Jazeera last year reported the results of a study that indicated the government's prosecution of terrorism cases since 9/11 has been fraught with widespread human rights abuses. According to the report by Human Rights Watch and the Columbia University Law School's Human Rights Institute, many of the 500 terrorism cases prosecuted in courts since 2001 appear to have been targeted against those who were not actually involved in terror acts. In addition, American Muslim advocates see a double standard in the media, according to the International Business Times. According to this view, the acts committed by Muslims receive more national attention than similar acts committed by other ethnic or religious groups. In a study published in December in the Journal of Communication examined media coverage on racial groups between 2008 and 2012, and found that Muslim perpetrators were 81 percent more likely to be described as terrorists by the media than to be actual terrorists in the U.S.

Considering the fact that those who adopt Salafi and Wahhabi ideology, a strict interpretation of Islam, like al-Qaida, pose the most significant threat to the U.S., many Muslims feel they are unfairly victims of the misperception that Muslims are more likely to commit an act of terror than others. In fact, al-Qaida commits its terror attacks mostly in Muslim-populated countries, which demonstrates that Muslims are in fact the victims of extremism. Furthermore, biased and discriminatory attitudes towards Muslims increase when a terror attack is committed anywhere in the world, even when committed by a non-Muslim individual or group. After the Charlie Hebdo attack in Paris in January, Haris Tarin, director of the Washington office of the Muslim Public Affairs Council, told International Business Times: "It is exhausting to be Muslim right now. One, we are being attacked by the terrorists and two, we are asked to answer for those attacks."

Similarly in March, The Guardian published a report based on a survey of community attitudes that found Muslim Australians overwhelmingly believe they are unfairly targeted by counterterrorism laws, and said terrorist groups distort the true meaning of Islam. According to the survey, close to 75 percent believed that counterterrorism laws – the majority which were passed after the Sept. 11 attacks – unfairly targeted Muslims. The Guardian reported nearly half of the survey participants said they consciously changed how they dress to avoid scrutiny. Last week, anti-Islam and anti-racism groups clashed on Australian streets as rolling rallies were held in several cities.
Last Update: Jul 24, 2015 10:08 pm
RELATED TOPICS