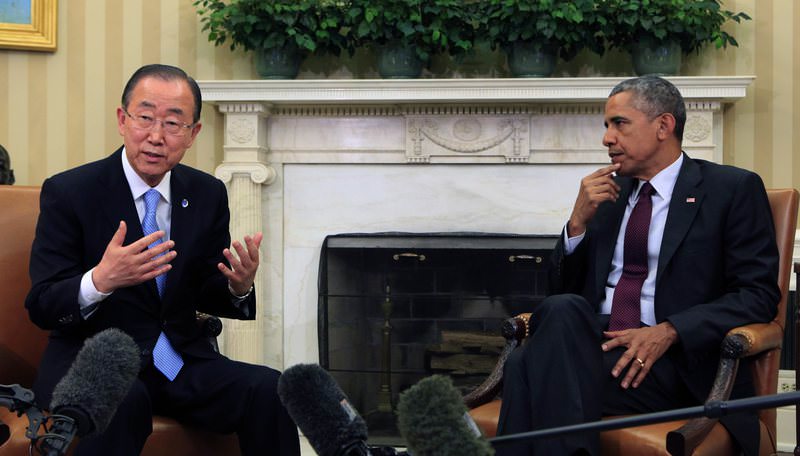 Discussing the ongoing efforts in the US and abroad on combatting climate change, Obama on Tuesday held an Oval Office meeting with U.N. Secretary-General Ban Ki-moon.

A day earlier on Monday, Obama unveiled his plan which he called the 'Clean Power Plan' to limit U.S. power plant emissions by a third.

Obama says he and Ban also talked about the crises in Syria, Yemen, Libya and South Sudan.

Obama reiterated his stance that both sides in South Sudan's civil war must meet an Aug. 17 deadline to end the bloodshed or face consequences.

Obama is expected to attend the annual meeting of the U.N. General Assembly in September, speaking on the same day as the leaders of China, Russia and Iran.