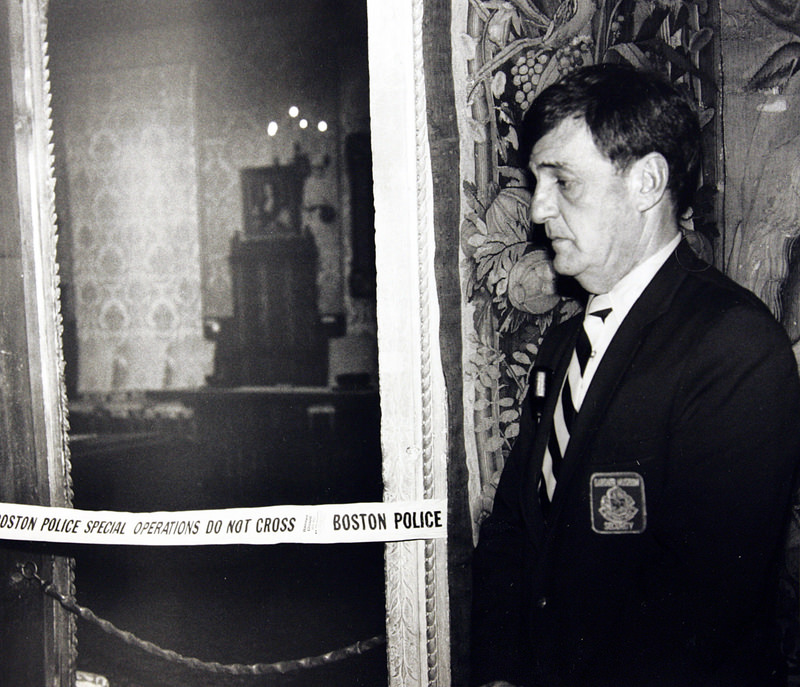 by Associated Press Aug 07, 2015 12:00 am
The FBI has said that the two suspected thieves who robbed $500 million worth of masterpieces from the Boston art museum of in 1990 are dead.

Two years ago, investigators announced they knew who stole the 13 works, including paintings by Rembrandt and Vermeer, from Boston's Isabella Stewart Gardner Museum. They refused to elaborate, saying only that the investigation was now focused on recovering the missing artwork.

Now Peter Kowenhoven, the FBI's assistant special agent in charge in Boston, has settled the lingering mystery of why no one was ever charged: The suspects are dead.

"The focus of the investigation for many years was: Who did this heist? And we have through the great investigative work identified who did this heist, and both those individuals are deceased," Kowenhoven told The Associated Press in an interview.

He declined to identify the men.

On Thursday, authorities released grainy surveillance video from the eve of the heist and appealed again to the public for help in finding the artworks.

The stolen artwork includes Vermeer's "The Concert" and Rembrandt's "The Storm on the Sea of Galilee."

A $5 million reward has been offered by the museum for information that leads to the recovery of the stolen artwork in good condition.

Authorities have said that on March 18, 1990, two men dressed in Boston police uniforms gained entrance to the museum by telling a security guard that they were responding to a report of a disturbance.

Against museum policy, the guard allowed the men into the museum. The thieves handcuffed the museum's two guards on duty and put them in separate areas of the museum's basement.