US theater shooter sentenced to life in prison 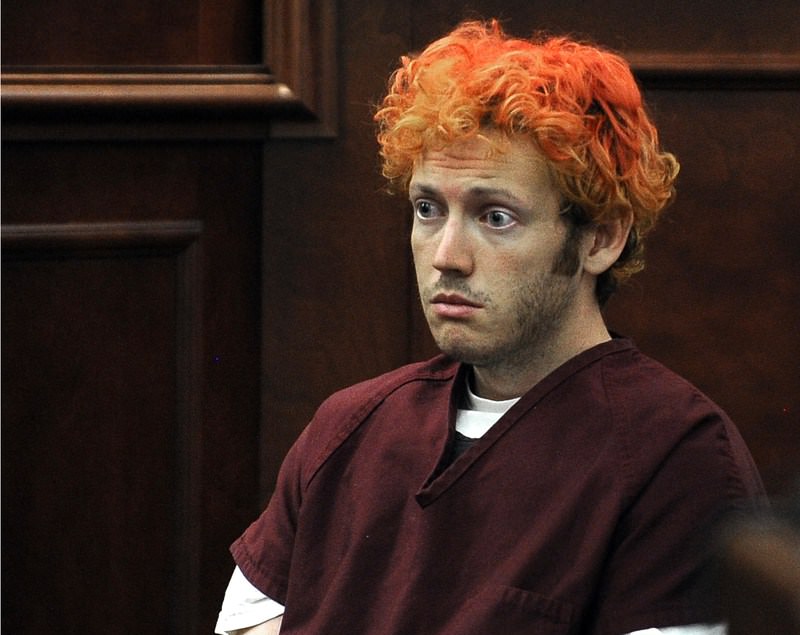 This July 23, 2012 file photo shows James Holmes appearing in court at the Arapahoe County Justice Center in Centennial, Colorado. (AFP Photo)
by Aug 26, 2015 12:00 am
James Holmes was led out of a Colorado courtroom in shackles Wednesday to begin serving consecutive life sentences with no possibility of parole for the shooting deaths of 12 people in a packed "Batman" movie premiere in 2012.

District Judge Carlos Samour, who spent the last two days listening to statements from victims and survivors of the mass shooting, ordered Holmes, 27, to serve 12 consecutive sentences of life in prison with no possibility of parole for each of the dead.

A jury earlier this month returned the recommendation for consecutive life sentences after being unable to agree on a death sentence for the former neuroscience graduate student.

Under Colorado law, Samour had no other choice but to order the life sentences.

He also ordered maximum sentences on the remaining 141 guilty verdicts for attempted murder returned against Holmes for the seventy other people wounded in the rampage.

Samour spoke for nearly an hour about the justice system before imposing the sentences. The gallery broke out in applause at the maximum sentences.

"Get the defendant out of my courtroom, please," Samour then said.

The jury had twice rejected the defense's arguments that Holmes was mentally ill when he opened fire July 20, 2012 during the midnight premier of "The Dark Knight Rises" in an Aurora, Colorado movie theater.

It found that mental illness was not a mitigating factor, and that Holmes was guilty of the murders.

The defendant was wearing body armor and was armed with numerous weapons when police arrested him outside the theater.

Holmes has steadfastly refused to say anything in court in his own defense.

He first appeared in court with bright orange hair three years ago, but during the three-month-long trial he wore a neat shirt, jacket and pants and his hair and beard were dark brown.

He returned to court this week in red prison scrubs, his beard shorn.