Refugee help from across the pond: Chile offers to host Syrians 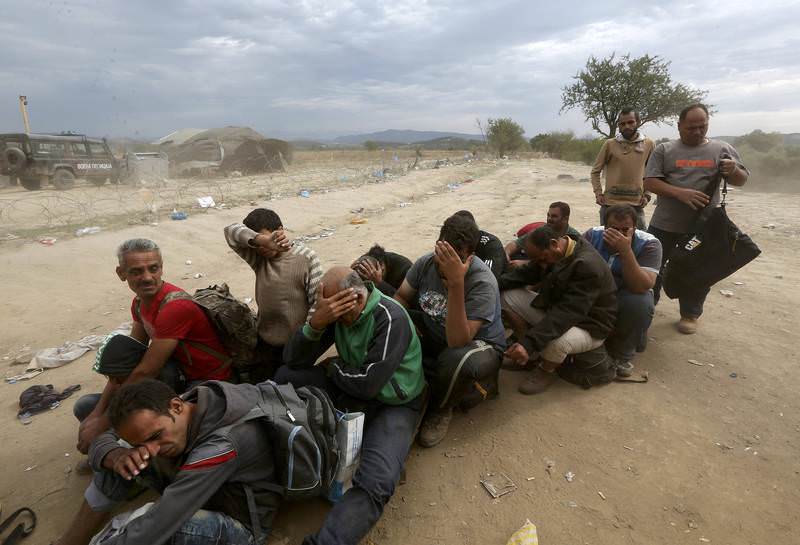 Syrian refugees try to protect themselves from gusts of wind and dust as they wait to cross Greece's border with Macedonia September 7, 2015. (REUTERS Photo)
by Sep 08, 2015 12:00 am
Chile's government said on Tuesday that it will take in families seeking refuge from Syria's civil war, and joined South American neighbors Brazil, Argentina, Uruguay and Colombia, which already host refugees from the war-torn nation.

"To address the grave humanitarian crisis affecting thousands of Syrian citizens, Chile's government ... has begun reviewing the necessary paperwork to take in as quickly as possible Syrian families that seek refuge," the Foreign Affairs Ministry said in a statement.

The ministry said it was speeding up the processing of visas for Syrians that have requested them.

Europe has been struggling to cope with a flood of refugees escaping strife in the Middle East and Africa. A photo of a drowned Syrian toddler whose family was trying to reach Europe by boat triggered an outpouring of sympathy and criticism that rich countries were not doing enough to help.