SETA Foundation in Washington D.C. organizes panel on US foreign policy on Syria 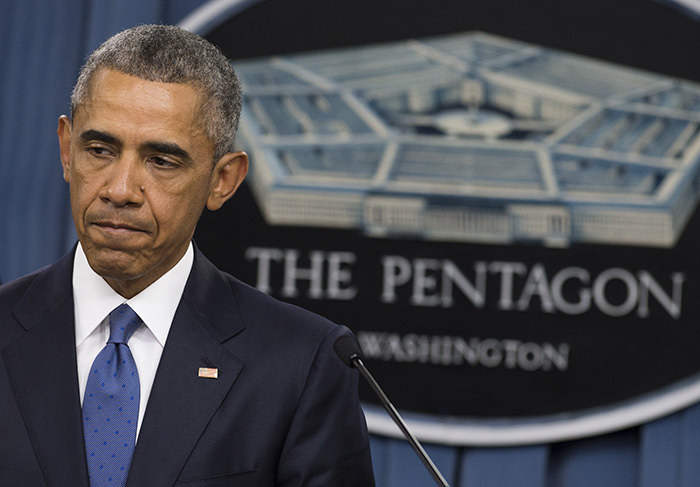 US President Barack Obama speaks following a meeting with top military officials about the military campaign against the Islamic State at the Pentagon in Washington, DC (AFP Photo)
by Daily Sabah Sep 11, 2015 12:00 am
The Ankara-based think-thank, Foundation for Political, Economic and Social Research (SETA), has organized a panel in its Washington D.C. branch to be held on September 14 at 12:30 p.m., which will discuss its director Kılıç Buğra Kanat's latest book "A Tale of Four Augusts: Obama's Syria Policy".

The panel will have expert speakers, such as Ambassador Frederic C. Hof, a senior fellow in the Rafik Hariri Center for the Middle East; Nicholas A. Heras, the Research Associate in the Middle East Security Program at the Center for a New American Security and an Associate Fellow at the Jamestown Foundation; Kılıç Buğra Kanat, the Research Director at the SETA Foundation at Washington D.C. and an Assistant Professor of Political Science at Penn State University, Erie.

The panel will be moderated by Kadir Üstün, the Executive Director at the SETA Foundation in Washington, D.C. who also serves as an Assistant Editor of Insight Turkey, an academic journal published by the SETA Foundation.
Last Update: Sep 11, 2015 3:58 pm
RELATED TOPICS