US fails in train-and-equip program, only 4 or 5 fighters left in Syria 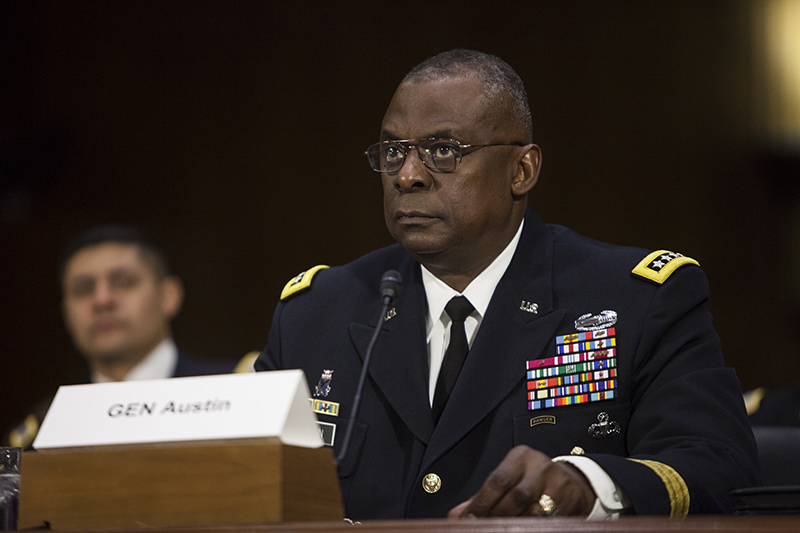 The $500 million U.S. effort to train and equip more than 5,000 fighters to combat ISIS has been a total failure with only four or five fighters left on the ground, leading to heavy criticism and mocking from senators after a top general revelaed the numbers on Wednesday

Gen. Lloyd Austin, commander of U.S. Central Command (CENTCOM), on Wednesday admitted before senators the total failure of the train-and-equip program that cost the U.S. $500 million. The program now consists of a handful of trained fighters left on the ground to fight the Islamic State of Iraq and al-Sham (ISIS). Having sent 54 trained fighters to fight ISIS in the beginning, Gen. Austin informed senators about the astonishing fact when asked how many still remain on the ground. "It's a small number. ... We're talking four or five," Austin said. The failed policy of the Obama administration drew heavy criticism from senators.

In late 2014, the Pentagon estimated a total of 5,000 trained fighters were to be deployed on the ground in a year's time. Kelly Ayotte, a Republican from New Hampshire, mocked the program, saying "That's a joke." Another Republican senator, Jeff Sessions from Alabama said, "We have to acknowledge this is a total failure. I wish it weren't so, but that's the fact."

Senator Claire McCaskill, a Democrat from Missouri, also acknowledged that the plan had failed, saying, "It's time for a new plan."

Senator John McCain, the Arizona Republican and former presidential candidate, did not take it easy on the responsible for the failed efforts, calling the administration's strategy a "debacle."
Gen. Austin admitted that there was "slow movement at the tactical level." However, as Austin has overseen the program for over a year, he could not help but defend it and said, "There haven't been any dramatic gains on either side."

Austin told committee members that the U.S. was looking at better ways to deploy the Syrian forces and predicted that it would take years to defeat ISIS and to restore stability in Iraq and Syria.

Meanwhile, NBC News reported on Wednesday that U.S. Special Operations Forces (SOF) were on the ground in Syria in a bid to assist Kurdish fighters in the fight against ISIS. However, CENTCOM released a clarification text and denied the report, saying there are no U.S. ground forces in Syria.

Speaking to Daily Sabah about the failed train-and-equip program and the report denied by CENTCOM, Foundation for Political, Economic and Social Research (SETA) Foreign Policy Coordinator Ufuk Ulutaş, argued that it was obvious from the beginning that the program would fail, saying "It was like a joke and destined to be ineffective."

Underscoring that the U.S. has not been able to agree on terms with any country on which group to train and equip, Ulutaş said, "The U.S. aims to impose its own policy and sociology on the region. For this reason, the U.S. opted to work with unknown and irrelevant groups by starting from scratch while ignoring others."
Ulutaş pointed to the ridiculous number of fighters the U.S. planned to train and send in while ISIS and opposition fighters total at least tens of thousands and said, "It seems like the U.S. did not have a comprehensive strategy in the beginning. If you want to create a game changer in the region, 50 or 60 fighters who were sent in will not be sufficient."

Commenting on the report that was denied by CENTCOM, Ulutaş said, "CENTCOM's statement made more sense to me. It is clear that the U.S. backs Kurds fighting in the region, yet I don't think there were or will be U.S. ground troops sent in. I believe the chances are near-zero. The U.S. would lose almost all of its ground troops should it come into reality."