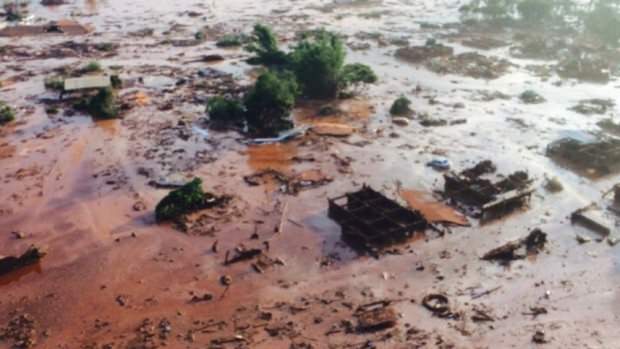 by reuters
Nov 06, 2015 12:00 am
An iron ore tailings dam owned by Vale SA and BHP Billiton Ltd burst on Thursday in the Brazilian state of Minas Gerais, killing as many as 16 people, local media reported.

The joint venture, Brazilian miner Samarco, said it had not determined why the dam burst or the extent of the disaster at its Germano mine near the town of Mariana.

The G1 news service of the Globo Media group reported that between 15 and 16 people died and 45 others were missing, citing the local union.

Video footage on the G1 website showed houses of a village destroyed by muddy tailings waters that surged down valleys in the hilly region of the mines.

There was no official confirmation on the number of dead and missing.

The mine is a 50-50 joint venture between the world's largest iron miner and the largest mining company. Iron ore is transported down a slurry pipe to Espirito Santo, where it is turned into pellets.