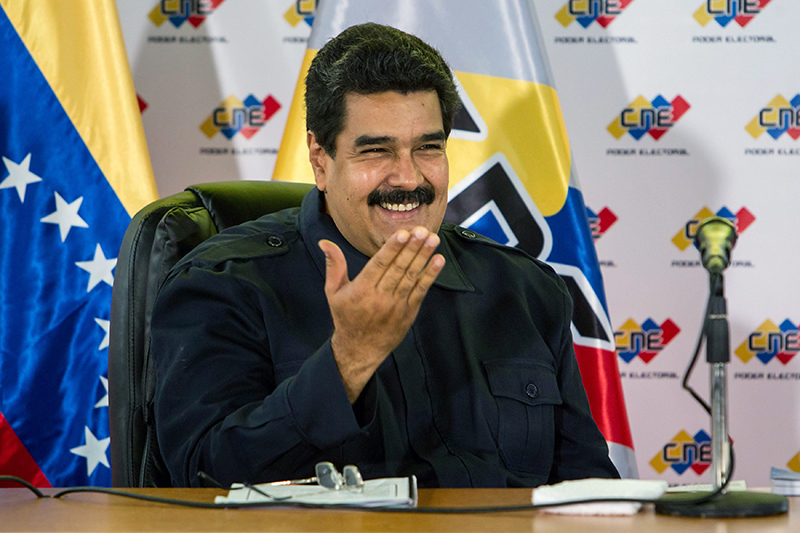 enezuelan President Nicolas Maduro gives a speech during a ceremony at the Election National Council facilities, in Caracas, Venezuela, 26 October 2015 (EPA Photo)
by French Press Agency - AFP
Nov 06, 2015 12:00 am
Venezuelan President Nicolas Maduro pledged Thursday to cut off his moustache if the government fails to meet a goal to provide a million new homes by year's end.

"If by December 31 I have not turned over home number one million, I will cut off my moustache in self-punishment so everyone will know that I failed," Maduro said.

He was referring to an ambitious housing construction project launched by Hugo Chavez in 2011 to relocate thousands of families that lost their homes in devastating flooding in 2010.

Maduro's government says that so far it has handed over 800,000.

With legislative elections a month off, Maduro said that the drop in oil prices will not affect the government's social aid programs. Oil is Venezuela's main source of revenue.

Venezuela has the world's largest proven oil reserves but its economy is a mess, with soaring inflation and rampant shortages of goods as basic as toilet paper.

Polls give the opposition a lead of 14 to 31 points ahead of December 6 elections to renew the 167 seat National Assembly, currently controlled by the ruling party.
Last Update: Nov 06, 2015 9:05 am