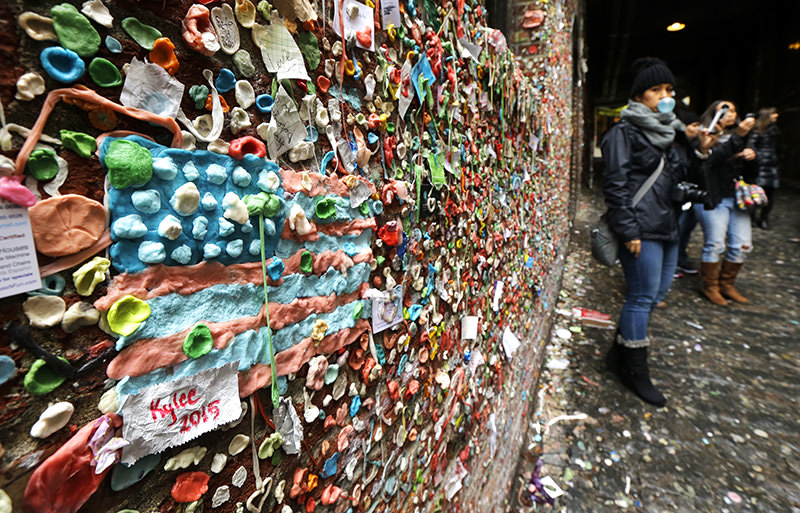 The likeness of an American flag made from pieces of gum sticks to a wall at Seattle's ,gum wall, at Pike Place Market, Monday, Nov. 9, 2015 (AP Photo)
by Compiled from Wire Services Nov 10, 2015 12:00 am
From a distance, the brick wall looks like it's plastered with festive, rainbow-colored confetti. Up close, Seattle's "gum wall" isn't as pretty.

Tourists and locals have been sticking their used chewing gum to the wall near Pike Place Market for 20 years.

It now boasts an estimated 1 million pieces in a kaleidoscope of colors, some stretched and pinched into messages, hearts and other designs. People also have used the gooey wads to paste up pictures and other mementos.

On Tuesday, powerful steam cleaners were melting it all off.

The market hired a contractor to use steam because pressure washing would damage the historic building.

Market officials decided now was as good a time as any for the cleanup, but they expect people will start leaving gum on the space again soon.
Last Update: Nov 10, 2015 9:48 pm
RELATED TOPICS