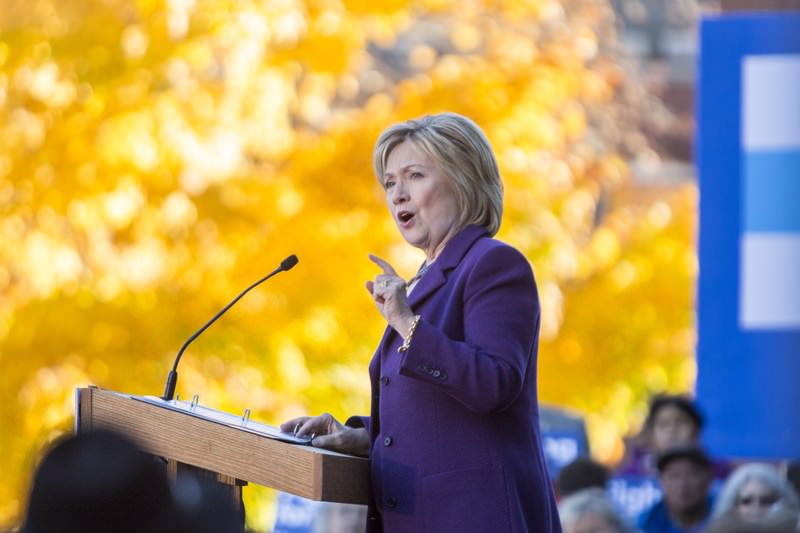 Democratic presidential candidate Hillary Clinton speaks on stage during a rally after filing paperwork for the New Hampshire primary at the State House on November 9, 2015. (AFP Photo)
by Associated Press
Nov 10, 2015 12:00 am
2016 U.S. presidential candidate Hillary Rodham Clinton says she does not currently support seeking a declaration of war against the terrorist group ISIS, citing the diffuse nature of the threat.

The Democratic presidential candidate said at a town hall meeting with veterans that the U.S. needs a better understanding of the threat posed by radical groups.

She says the U.S. needs to understand the costs, saying "if you have a declaration of war you better have a budget that backs it up."

Clinton spoke as some members of Congress have pushed for a war authorization vote as the U.S. military intervention in Iraq and Syria has crept forward.

Clinton says if an affiliate of ISIS was responsible for the recent Russian plane crash "that raises the stakes" for the U.S. and other nations.
Last Update: Nov 10, 2015 9:05 pm