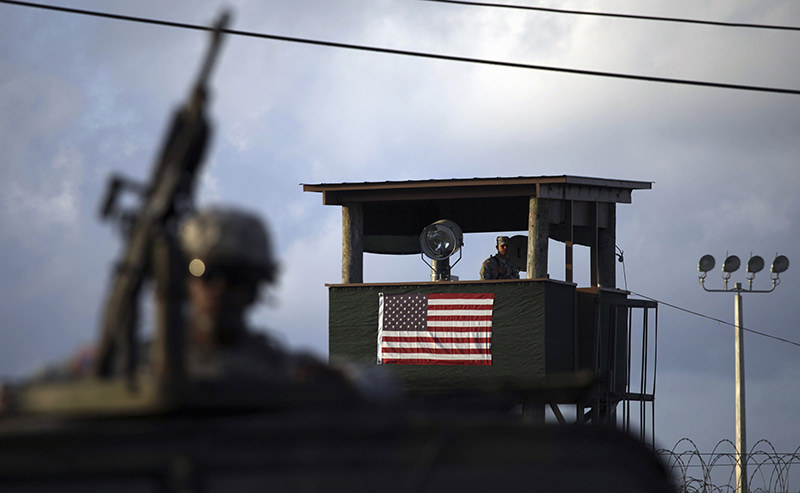 In this March 30, 2010 file photo, reviewed by the U.S. military, a U.S. trooper mans a machine gun in the turret on a vehicle as a guard looks out from a tower in front of the detention facility at Guantanamo Bay U.S. Naval Base, Cuba (AP Photo)
by Anadolu Agency
Nov 16, 2015 12:00 am
The U.S. says it has transferred five Guantanamo Bay prisoners to the United Arab Emirates.

The removal of prisoners by the U.S. forms parts of a 2009 directive by President Barack Obama who has said he wants to close the controversial facility.

With respect to transfer of Razihi, Cook noted that the Periodic Review Board determined that a continued review of his incarceration was not necessary as he no longer poses "a threat to the security of the United States".

The review board administers the procedure for recommending whether certain people held at Guantanamo are safe to be released or transferred.

The prison was established in the wake of the Sept. 11, 2001, terror attacks on the United States.

With these transfers, 107 detainees now remain at Guantanamo Bay after a high of almost 800 prisoners, according to the Pentagon.

The U.S. transferred 17 detainees to Oman in June, three others to Qatar in April, one to Morocco and one to Saudi Arabia in September and one to Mauritania last month.
Last Update: Nov 16, 2015 8:45 am