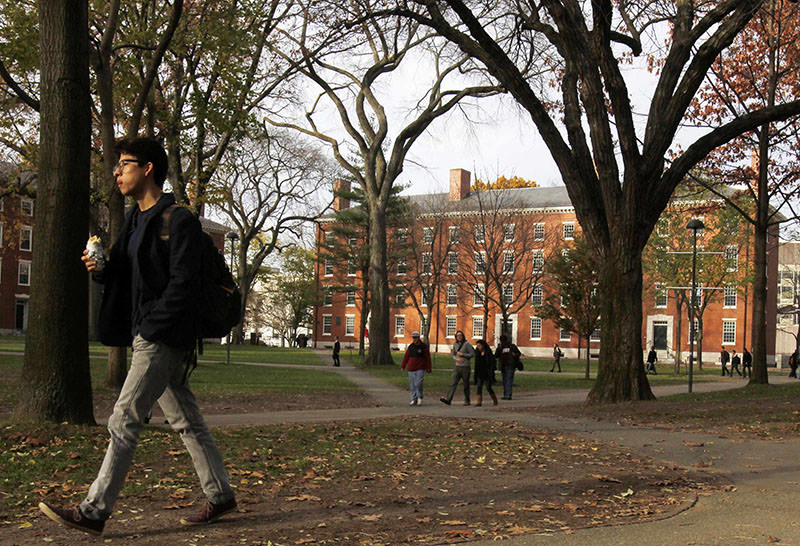 A student walks through Harvard Yard at Harvard University in Cambridge, Massachusetts, in this file photo taken November 16, 2012 (Reuters)
by Anadolu Agency
Nov 16, 2015 12:00 am
Several buildings at Harvard University's main campus were evacuated Monday in response to "an unconfirmed bomb threat", the school said.

In a statement issued on its website, the university said the Science Center as well as Sever, Emerson and Thayer halls on its Cambridge, Massachusetts, campus were affected by the threat.

"The buildings have been evacuated and law enforcement officials are on scene," said the statement, adding that the entry to the Yard -- a grassy area on which the campus in centered -- was restricted.

The report came three days after a series of terrorist attacks killed at least 129 victims in Paris.

Police in major U.S. cities have stepped up security by increasing their presence in crowded areas as well as France-related sites, in response to the attacks.
Last Update: Nov 16, 2015 10:45 pm