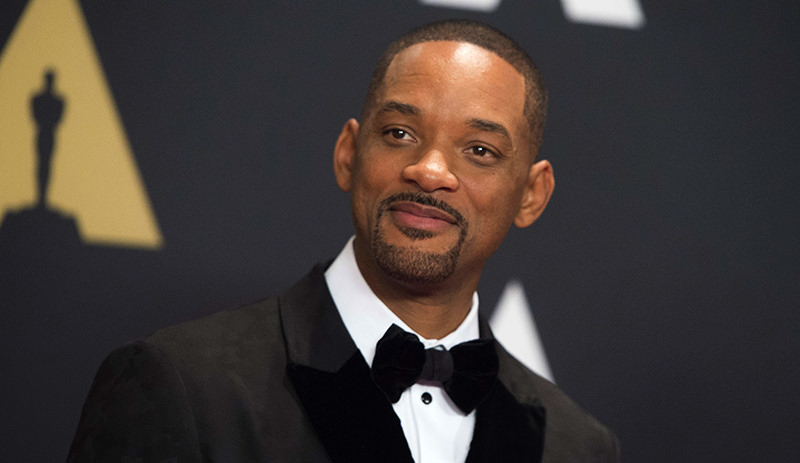 Actor Will Smith attends the 7th Annual Governors Awards honoring Spike Lee, Gena Rowlands and Debbie Reynolds, in Hollywood, California, on November 14, 2015 (AFP Photo)
by Nurbanu Kızıl Dec 13, 2015 12:00 am
American actor, rapper, producer and songwriter Will Smith may be forced to run for president, following hostile comments made by Republican presidential front-runner Donald Trump, who suggested that Muslims should be banned from entering the United States.

In a recent interview with CBS, expected to be broadcasted on Sunday, Will Smith said that he may add 'politician' to his titles, to stop Trump.
"If people keep saying all the crazy kinds of stuff they've been saying on the news lately about walls and Muslims, they're going to force me into the political arena," he said, referring to Trump's plans to build a wall on the U.S.-Mexico border and preventing Muslims from entering the United States.

He added that he could run for president to stop such discriminative policies.

The White House stated that Trump's comments disqualify him from presidency, while French and British Prime Ministers criticized his proposals for being divisive, and feeding hatred and misinformation.

Boxing legend Muhammed Ali and Basketball Hall of Famer Kareem Abdul-Jabbar also criticized Trump, and drew attention to the threat posed by Daesh terrorists, saying that is a candidate who "preys on the fears of the public, doing Daesh's job for them."

Facebook CEO Mark Zuckerberg stood in solidarity with Muslims, saying that Muslims they are welcome on Facebook and that "we will fight to protect your rights and create a peaceful and safe environment for you."