US twins born in 2 different years 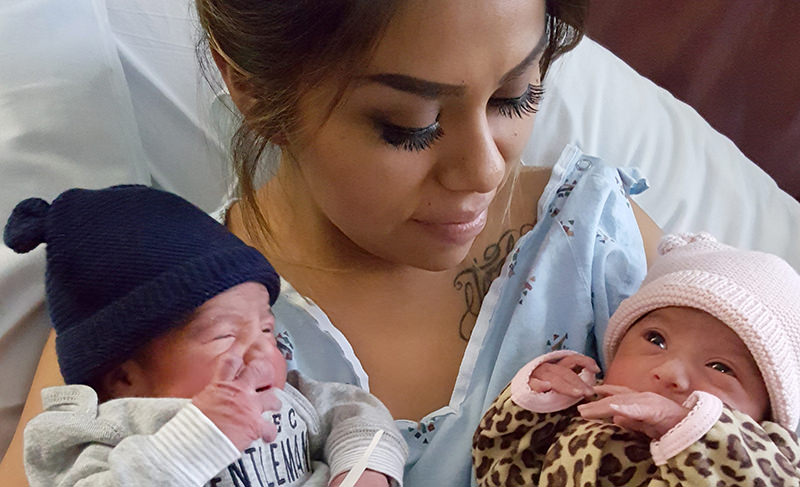 This Jan. 1, 2016 photo provided by Kaiser Permanente San Diego shows Maribel Valencia holds her newborn twins at the San Diego Kaiser Permanente Zion Medical Center in San Diego (AP Photo)
by Compiled from Wire Services Jan 02, 2016 12:00 am
Twins in San Diego are getting some attention because, though born just minutes apart, one has a birthday in 2015 and one in 2016.

Maribel Valencia, of San Diego, California made it to a local hospital on Thursday just in time to give birth to a baby girl -- Jaelyn -- in the final seconds of 2015.

KGTV-TV reports that the babies were due at the end of January, but doctors at San Diego Kaiser Permanente Zion Medical Center called the mother in because one was in a breech position.

The father, Luis Valencia, called it a New Year's blessing to have two healthy children.