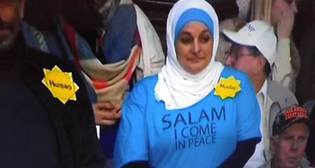 by French Press Agency - AFP Jan 09, 2016 12:00 am
A Muslim woman was kicked out of a Donald Trump presidential campaign rally after staging a silent protest against the Republican frontrunner, who has called for a ban on Muslims entering the U.S.

Television footage from the event in South Carolina shows the woman, named as Rose Hamid, a 56-year-old flight attendant, wearing a head scarf and loose fitting green shirt reading "Salam. I come in peace." She stood in silence looking at the podium as the rest of the crowd sat. 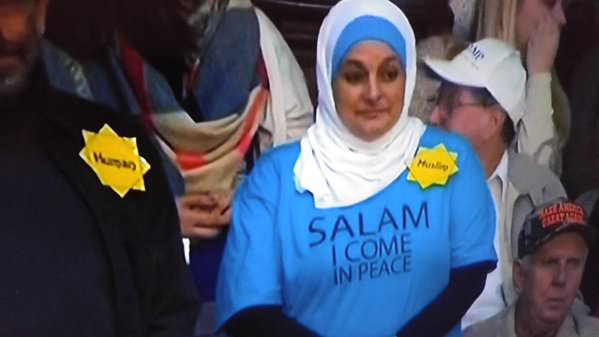 Later, she was escorted out as Trump supporters wave placards bearing his name in her face and chant for him.

Hamid said one supporter of the billionaire real-estate mogul bawled at her: "You have a bomb, you have a bomb." 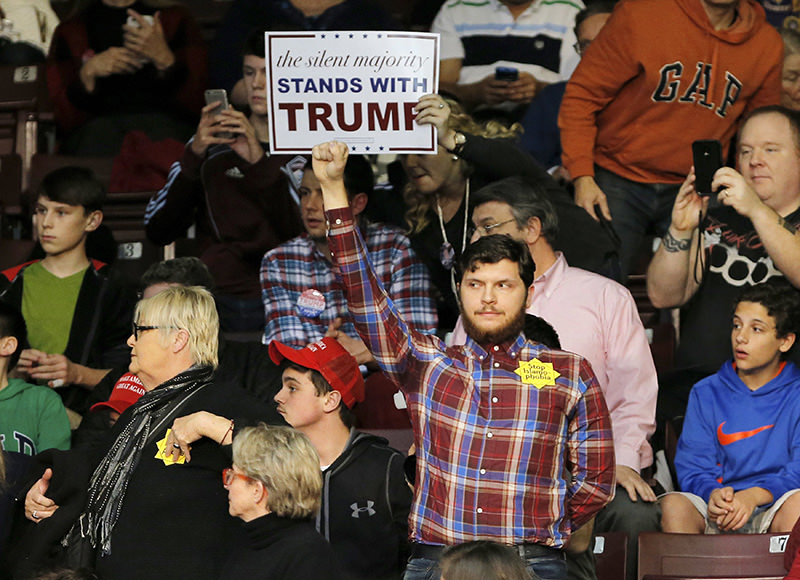 Trump, who leads the polls for the Republican nomination for the White House, ignited a global firestorm last month when he called for the temporary ban on Muslims entering the US, following an attack in California by a radicalized Muslim couple that left 14 people dead.

"There is hatred against us that is unbelievable," Trump told the rally, according to CNN, after Hamid and several others were ejected. "It's their hatred. It's not our hatred." 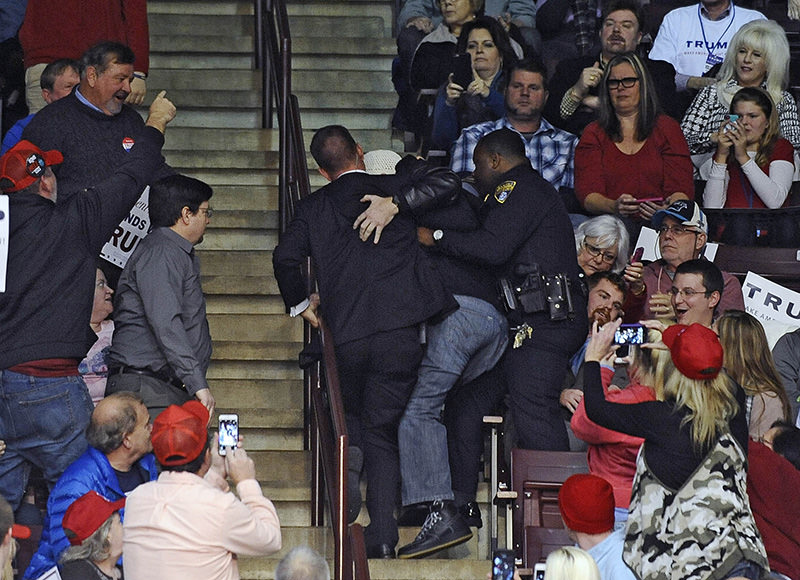 But a prominent Muslim advocacy group, the Council on American-Islamic Relations (CAIR), condemned Hamid's removal and called on Trump to apologize.

"The image of a Muslim woman being abused and ejected from a political rally sends a chilling message to American Muslims," CAIR executive director Nihad Awad said in a statement carried by US media.

Muslims in the United States have faced a backlash following the November terror attacks in Paris and the San Bernardino attack in California on December 2.

Critics of Trump's bombastic run for the presidency accuse him of fanning the flames and Democratic frontrunner Hillary Clinton says he is the "best recruiter" for the Daesh extremist group.
Last Update: Jan 09, 2016 5:34 pm
RELATED TOPICS