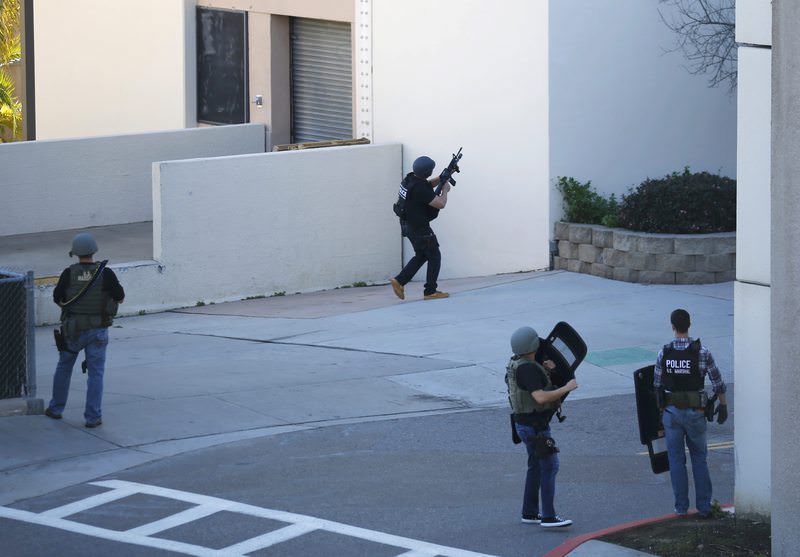 by Compiled from Wire Services Jan 26, 2016 12:00 am
Reports of a possible shooting at a San Diego naval hospital complex Tuesday appeared to be unfounded, the hospital's commanding officer said.

Captain Curt Jones told news media that "as of right now, we have found absolutely nothing that indicates that shots were fired" at the Naval Medical Centre.

An active shooter was reported at the Naval Medical Center San Diego on Tuesday, according to a post on the medical center's Facebook page.

San Diego police spokesman Officer Travis Easter said police had received a report of a shooter from officials at the medical center, but that they had not requested any assistance and so no officer had been sent to the scene.

The post on the medical center's Facebook page advised occupants to run, hide or fight, which under federal government guidelines is a valid tactical response to an active shooter.

All non-emergency response staff were asked to stay away from the compound. The shooter was reported in building #26, the post said.

Schools in the area, which is home to the U.S. Navy's Pacific Fleet, have been placed on lockdown, according to local television station Fox 5.

Sources told the station that people at the medical center were sheltering in place.
Last Update: Jan 26, 2016 9:17 pm
RELATED TOPICS