US to increase funds to counter Daesh, Russian aggression 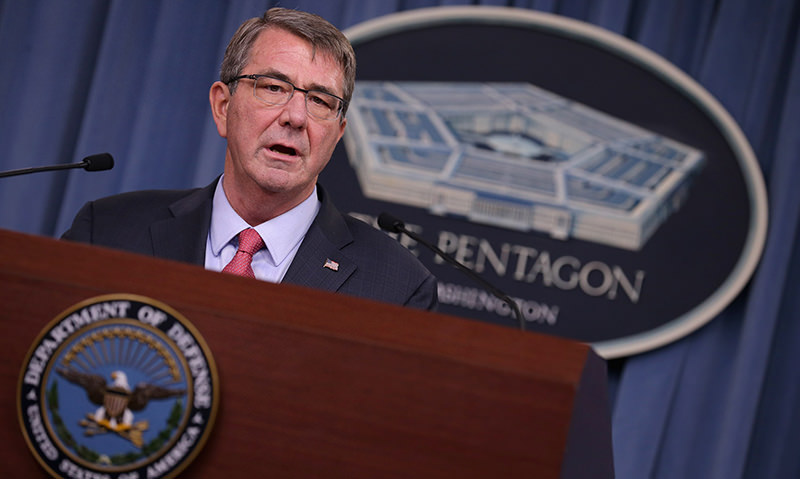 U.S. Secretary of Defense Ashton Carter announces new regulations during a news conference at the Pentagon January 28, 2016 in Arlington, Virginia(AFP Photo)
by Feb 02, 2016 12:00 am
The United States will spend $7.5 billion -- a 50 percent increase -- to fund the fight against the Daesh terrorist group, Defense Secretary Ashton Carter said Tuesday, while he noted that over 3 billion dollars will be spent to counter Russian aggression.

"Because we are accelerating the campaign, (the Pentagon) is backing that up in our budget with a total of $7.5 billion dollars in 2017, 50 percent more than 2016," Carter said in a speech in Washington.

"This will be critical as our updated coalition military campaign plan takes hold" he said.

"We're reinforcing our posture in Europe to support our NATO allies in the face of Russia's aggression," Carter said, noting that the $3.4 billion was a quadrupling of funds from last year.