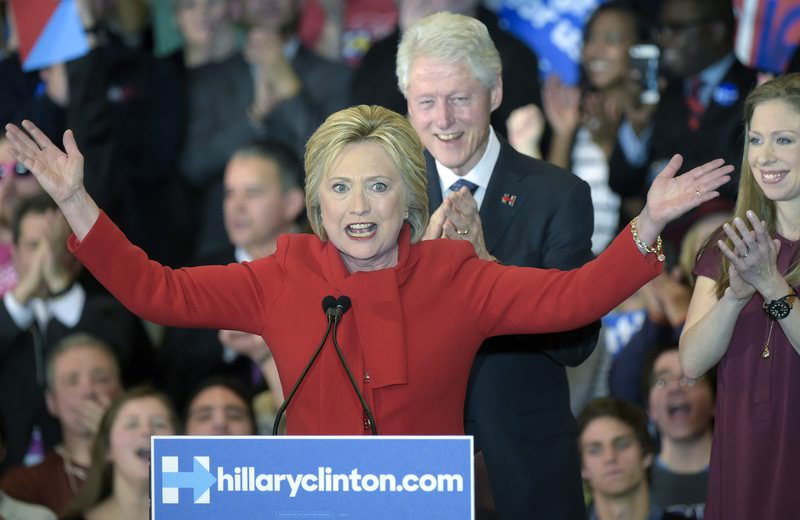 by Daily Sabah with AA Feb 03, 2016 12:00 am
Hillary Clinton won the Iowa caucus according to results released on Tuesday.

The former Secretary of State narrowly eked out victory from main rival Bernie Sanders with just 0.2 percent of the caucus results falling in her favor.

"I am so thrilled," Clinton told CNN just minutes after the official results were made public. "It was wonderful to win the caucus and to have that experience of all the hard work, the grassroots organizing pay off the way it did."

The caucuses are the first contest of the multi-stage U.S. presidential nomination cycle.

But the Democratic contest was so tight that finalizing results took more than 12 hours.

Clinton's narrow margin of victory likely sets the stage for an extended showdown with Sanders as the pair prepare to compete in primaries and caucuses across the nation ahead of July's Democratic Party convention.

The White House congratulated Clinton on her victory, but said that she knows "better than anybody" that the road to her party's nomination "is a long one".

"Based on her 2008 experience, she would tell you that the outcome in Iowa is not indicative of the outcome in New Hampshire," spokesman Josh Earnest told reporters.

Clinton finished third in Iowa in 2008 behind then Sen. Barack Obama and Sen. John Edwards.

She would later go on to be Obama's main challenger before losing out to him for the nomination. Sanders and Clinton will next compete Feb. 9 in the New Hampshire primary.
Last Update: Feb 03, 2016 1:46 am
RELATED TOPICS