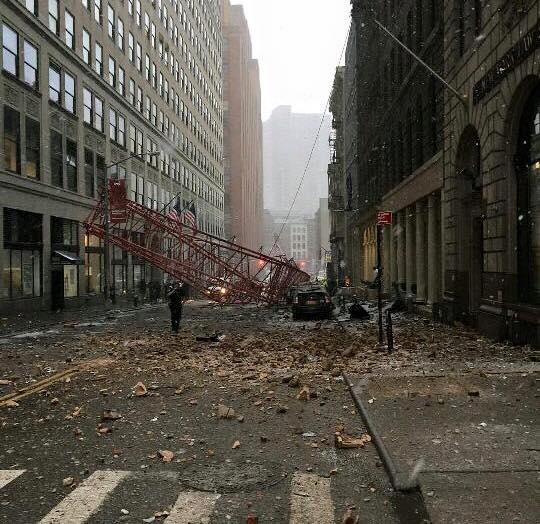 by Daily Sabah with AP Feb 05, 2016 12:00 am
A construction crane collapsed on Friday in lower Manhattan, New York causing numerous injures and at least one dead, U.S. media outlets reported.

The crane toppled over on Worth Street between West Broadway and Church Street in the early hours of the morning, crushing several cars parked on the street, according to witnesses and fire officials, the New York Post reported.

"It was right outside my window," said Robert Harold, who works at the Legal Aid Society. "It was a crashing sound. You could feel the vibration in the building."

Harold said at least one person was trapped in a car, and he saw onlookers trying to get the person out. Harold said he also saw a person lying motionless on the street.