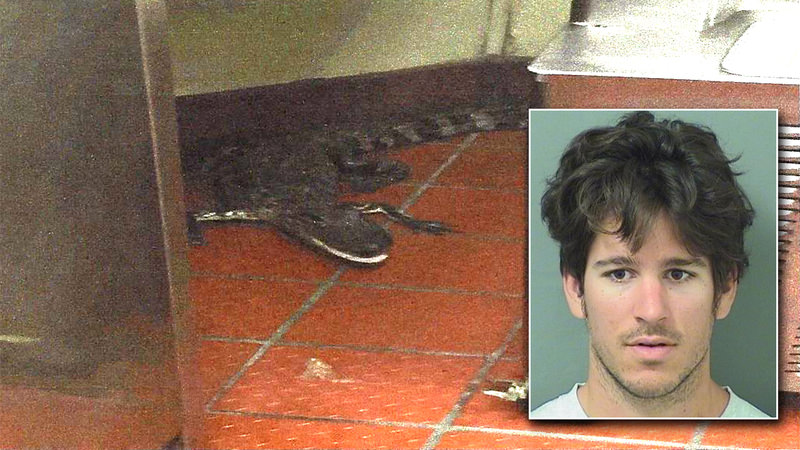 by reuters
Feb 09, 2016 12:00 am
A Florida fast food restaurant got a customer it wasn't expecting when a live alligator was tossed through a drive-thru window by a patron.

Joshua James, 23, of Jupiter, Florida, had wanted to play a practical joke on a friend working at the Wendy's restaurant in Royal Palm Beach when he decided to hurl the reptile into the building, his parents told local broadcaster WPTV.

"It was a stupid prank," Linda James said.

James faces charges of aggravated assault, and unlawful possession and transportation of an alligator, WPTV said. The incident took place in October.

James found the 3-foot alligator on the side of the road and led the reptile into his truck, according to a Florida Fish and Wildlife Conservation Commission incident report cited by the station.

He drove to the Wendy's restaurant and placed an order, received a drink at the drive-thru window, and then threw the alligator through the opening, it said.

The report contains a photo of the alligator sitting on the floor of the restaurant, WPTV reported.