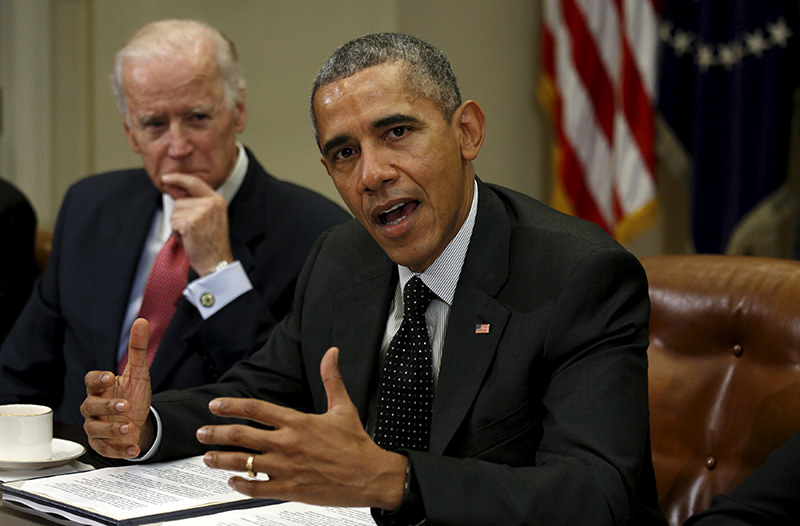 While Obama's eight and final budget proposal projects the U.S. economy would grow by 2.5 percent during the next decade.

It could also increase the budget deficit by nearly 3 percent of GDP by 2022; but, it "pays for all new investments, achieving $2.9 trillion of deficit reduction over 10 years, from health, tax, and immigration reforms, and other proposals," according to the White House Office of Management and Budget.

The proposal also aims to raise $319 billion over the next 10 years by placing a $10 tax on oil every barrel of oil that is domestically produced and imported, excluding exports of petroleum products.

Obama said last week that the tax revenues would be used to invest in research and development of clean energy technologies and to improve transportation infrastructure to help wean the country away from its dependence on oil.

Along with the funds for infrastructure upgrades and clean energy, the government plans to spend $19 billion on cyber security and sets aside $1.2 trillion for discretionary spending.

Defense spending will total $583 billion while with a focus on Russia, China and the fight against Daesh.

"We are faced by a resurgent, revanchist Russia and a rising China. Both are nuclear-armed powers. Both are fielding advanced capabilities at a rapid rate," Deputy Defense Secretary Bob Work told reporters in a briefing on the Defense budget request. "Both are becoming more aggressive along their peripheries -- Russia on its western borders abutting NATO, and China in its near seas." The budget includes $4.3 billion for political, economic, public diplomacy, and military support to build resilience and reduce vulnerabilities to Russian aggression among NATO allies and partner states in Europe, Eurasia, and Central Asia," read a White House fact sheet on the proposal.

It also proposes more than $11 billion for the Defense and State departments "to continue to hunt down terrorists; provide training and equipment to forces fighting ISIL [Daesh] on the ground; help stabilize communities liberated from ISIL [Daesh] in Syria and Iraq."

This budget "is about looking forward," and "it is about making sure our economy works for everybody, not just those at the top", Obama said in a statement.

Referencing the collective work needed to pull the country out the financial crisis that began in 2008, Obama took somewhat of a victory lap. "We made the largest investment in clean energy in our history, and made health care reform a reality.

And today, our economy is the strongest, most durable on Earth." The fiscal year begins Oct. 1, leaving Obama just 14 weeks before he leaves the White House to implement measures.

The proposal, however, has little chance of approval from a Republican-led Congress.

House Speaker Paul Ryan reacted to the proposal with fiery words. "This isn't even a budget so much as it is a progressive manual for growing the federal government at the expense of hard working Americans," he said. "The president's oil tax alone would raise the average cost of gasoline by 24 cents per gallon, while hurting jobs and a major sector of our economy," he added. "Americans deserve better," he added.
Last Update: Feb 09, 2016 11:44 pm
RELATED TOPICS