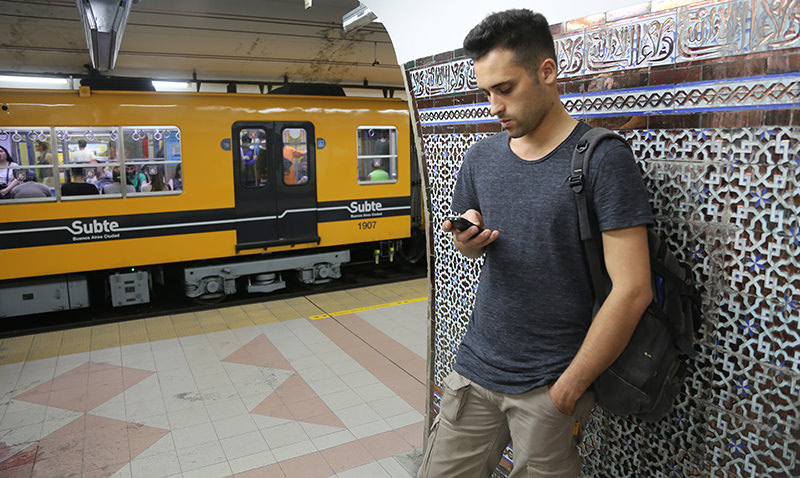 The Independencia station is home to work by Muslim calligraphers at a time when the Andalusia region of Spain was under Islamic rule from 711 to 1492.

Spanish engineer Don Rafael Benjumea Burin, who was born in the Sevilla province of the autonomous Andalusia region and reportedly quite inspired by the tile work, authorized the decoration of the metro station in 1935.

He took the original copies of tiles to Buenos Aires from the Alhambra Palace located in Spain's Granada province.

On one section of wall under the banner "Views from Spain", notable monuments in Andalusia are displayed, including the Great Mosque of Cordoba -- one of the oldest structures still standing from the time when Muslims ruled the region.

The site has been home to a temple and a church at various times.

"At the beginning of the 20th century, Andalusian art became visible in different parts of the city with tile adornment and garden styles.

"However, tiles which have the Arabic calligraphy of 'There is no victor, but Allah' are just in this subway station," he said.

The calligraphy was inscribed on the walls of the Alhambra Palace, and served as a motto for the region's Muslims.

"The tile work on the walls brings a characteristic feature to the station," says 22-year-old student Leonardo Musso, who frequents the Independencia station.