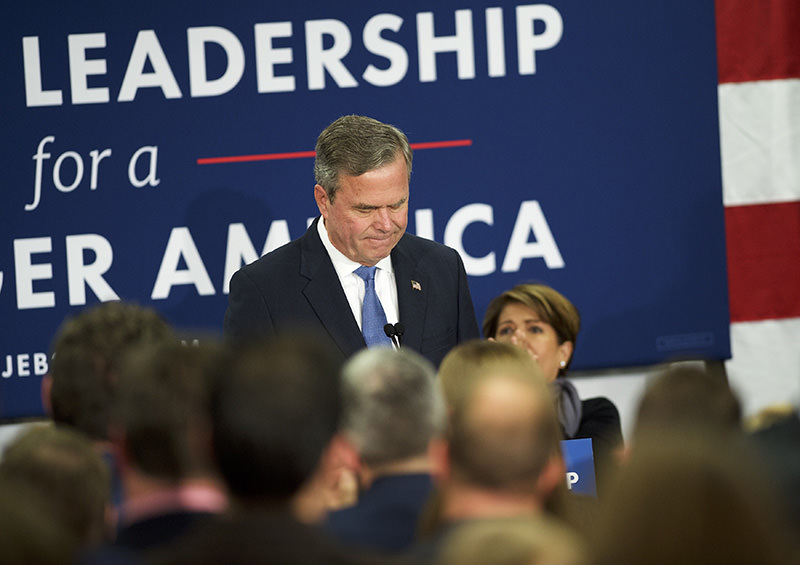 by Feb 21, 2016 12:00 am
Former Florida governor Jeb Bush - brother and son to two U.S. presidents - dropped out of the White House race Saturday, ending a campaign that never really took off despite major donor backing and his name recognition.

"Tonight, I am suspending my campaign," Bush said after a disappointing showing in South Carolina's Republican primary, appearing to fight back tears. "I'm proud of the campaign that we have run to unify our country."

The 62-year-old Bush never could shed the narrative that he was a tarnished candidate unable to generate enthusiasm for yet another Bush presidency amid the current appetite for outsiders like Donald Trump and Texas Senator Ted Cruz. In the Iowa caucuses on Feb. 1, he finished a disappointing sixth place. He did not fare much better in New Hampshire a week later, finishing in fourth place.

Bush went all-out to improve his standing in South Carolina, with his former president brother George W. Bush hitting the campaign trail on his behalf. But he failed to connect with voters. "In this campaign, I have stood my ground, refusing to bend to the political winds," Bush said Saturday. "I truly hope that these ideas that we have laid out will serve as a blueprint for a generation of conservative leaders at every level of government so that we can take back our country."
Last Update: Feb 21, 2016 3:56 pm
RELATED TOPICS