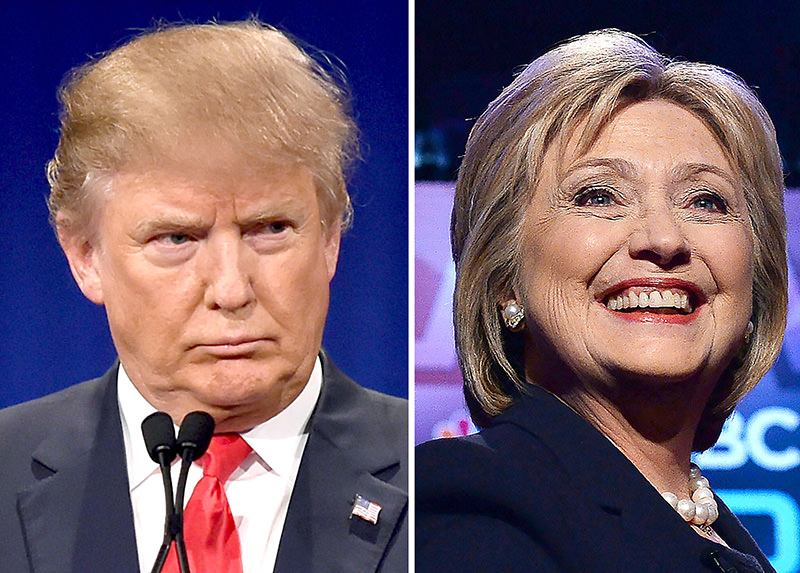 The brash billionaire is ahead in the all-important delegate count for the Republicans, having won 10 of the 15 states that have voted to date in the process that determines the nominees for both parties.

Former secretary of state Hillary Clinton is well ahead of rival Senator Bernie Sanders on the Democratic side, hoping to expand her lead as she inches closer to securing the nomination.

Clinton and Sanders do battle Saturday in Kansas, Louisiana and Nebraska, while the Republicans are contesting Kansas, Kentucky, Louisiana and Maine.

The GOP race has been winnowed down to four candidates -- the political outsider Trump, Florida's Rubio, Senator Ted Cruz of Texas and Ohio Governor John Kasich -- with many in the Republican establishment in virtual panic over whether one of the challengers can stop Trump's march to the nomination.

Saturday's races are wedged in between far more consequential contests: the dozen states that voted on "Super Tuesday" March 1, and the big states like Florida and Ohio on March 15, when the Republican races become winner-take-all affairs.

Trump made waves when he cancelled a scheduled Saturday morning appearance at the Conservative Political Action Conference near Washington, opting instead to hold a rally in Wichita, Kansas.

The move angered members of the American Conservative Union which hosts CPAC.

"I think it was a big mistake for Donald Trump not to be here," ACU chairman Matt Schlapp told CNN.

Earlier his group said the absence "sends a clear message to conservatives."

Trump told the Wichita crowd that Mitt Romney, the 2012 Republican nominee, was a "loser" who should have defeated President Barack Obama.

Romney earlier this week lambasted Trump as unfit to be president, calling him a "phony" and "a fraud."

"We're going to change things so badly and so quickly, it's going to go so fast, and you're going to be so proud."

With Trump's challengers insisting they are in it for the long haul, there is a chance no candidate will rack up the 1,237 delegates needed to secure the nomination before the convention in July.

That would mean a contested, or "brokered," convention, a scenario that could turn chaotic, especially if establishment figures seek to somehow actively prevent delegates from coalescing around Trump.

There are 155 delegates at stake in Saturday's Republican races.

Heading into Saturday, Trump leads the field with 329 delegates, followed by Cruz with 231 and Rubio with 110. Kasich trails with 25.

In a further sign of tensions surrounding Trump's rise, his Friday night rally in New Orleans, Louisiana saw skirmishes inside and outside the venue.

"Oh no, not another one of these. Get out. Get them out. Get out of here, troublemakers," Trump boomed as protesters interrupted his speech.

Outside, protesters squared off against Trump supporters.

"This is what hate looks like," a protester screamed as he pointed to the rally venue, in video footage posted by The New Orleans Times-Picayune.

Another protester held a sign that read "Return of the Fuher," an apparent Hitler reference.