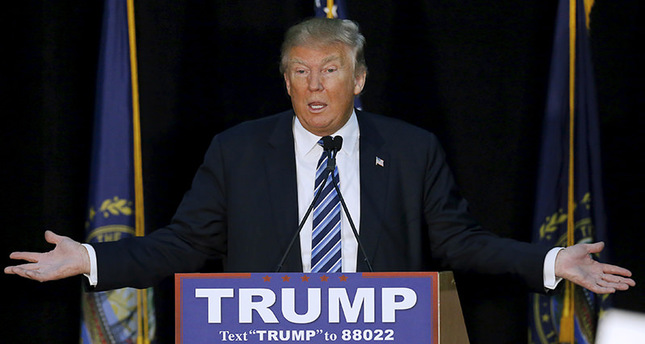 U.S. Republican presidential front-runner Donald Trump has canceled an Ohio rally because of security issues at the venue, the Cincinnati.com news website reported on Saturday.

Eric Deters, a local spokesman for Trump's campaign, said the candidate's secret service security detail could not complete its preparation work in time to hold the event at the Duke Energy Convention Center in Cincinnati, the website said.

Ohio is among five states holding primary elections on Tuesday. A Trump rally in Chicago was called off on Friday after scuffles between Trump supporters and protesters.

Demonstrators scuffled with the Republican presidential frontrunner's supporters and police struggled to maintain order, with hundreds of protesters showing up for the event.

The billionaire said he decided to call off the rally after consulting with police in the city, where tensions had been rising for hours in the build-up to the event at a sporting arena at the University of Illinois at Chicago.

"I don't want to see anybody hurt," Trump told CNN afterwards. "I think we made the right decision (to cancel)... even though our freedom of speech was violated."

Throngs of protesters, many of them blacks and Latinos angered by Trump's incendiary anti-immigrant rhetoric, had massed outside and inside the venue itself, mingling with the candidate's supporters.

Pundits said the chaos at the rally was reminiscent of violent protests at the 1968 Democratic national convention, also in Chicago, held when the United States was torn apart by opposing views on the Vietnam War.

CNN estimated there were between 8,500 to 10,000 people in the arena when tensions erupted into chaos.

According to an AFP photographer at the scene, scuffles broke out as the decision to cancel was announced, with police struggling to separate angry supporters and protesters.