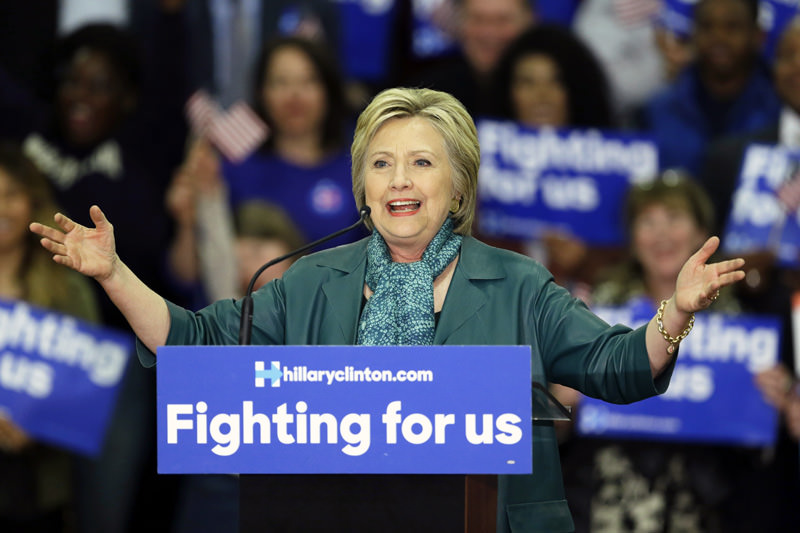 US presidential candidates Donald Trump and Hillary Clinton were the projected winners of their parties' Arizona primaries Tuesday.

The two front-runners in the US presidential race, Donald Trump and Hillary Clinton, had been expected to win the votes in the south-western US state.

The billionaire businessman had been favored to finish on top and collect all 58 delegates. Trump's strong opposition to illegal immigration appears to have been well-received in the border state.

Multiple US media outlets projected Trump and Clinton would be the winners.

Voters were still weighing in late Tuesday in two other western states, Utah and Idaho, which are holding caucuses as opposed to the traditional ballot voting of a primary. Only Democrats were voting in Idaho.

Voters on American Samoa affiliated with both parties also were voting Tuesday.

Trump faces a tough challenge in Utah caucuses, where Cruz is favored to win. The overwhelmingly Mormon state is among the most conservative in the nation, and Trump has had difficulty wooing members of the church who are turned off by his brash style, multiple marriages and lavish lifestyle.

Mitt Romney, the 2012 Republican nominee, a Mormon with strong ties to the state where he oversaw the Salt Lake City Olympic Games in 2002, has come out strongly against Trump and urged voters to instead support Cruz.

Sanders is looking to do well in Utah and Idaho because he has had past success in states that hold caucuses.

Trump still faces strong opposition from within the party establishment and could face a challenge at the convention if he fails to win a majority of delegates before the meeting in July.