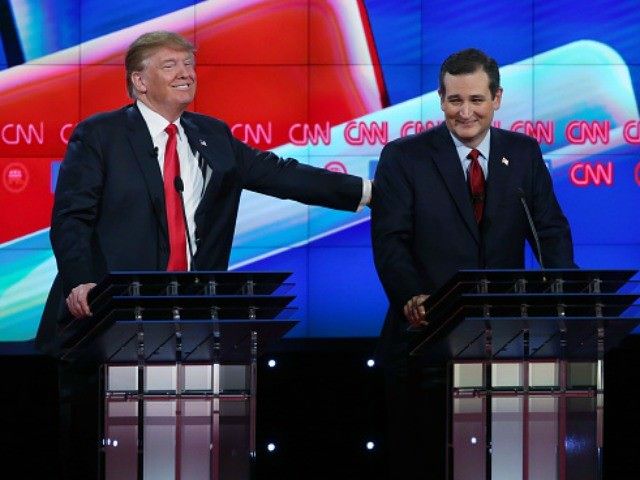 A recent proposal to increase surveillance on Muslim-American communities has ignited fierce condemnation-and more than its fair share of satire.

User ImtheQ, added: "In #MyMuslimNeighborhood I wage jihad every week... On the weeds that are trying to invade my lawn."

SuehailaAmen added, "In #MyMuslimNeighborhood u will find us joining forces with superheroes 2 fight evil & ignorance @SenTedCruz" alongside a picture of her and a man dressed as Batman.

The #MyMuslimNeighborhood hashtag has trended on Twitter since Republican presidential hopeful Ted Cruz announced the proposal.

The Texas senator said Tuesday that if he is elected to America's highest office he would "empower law enforcement to patrol and secure Muslim neighborhoods before they become radicalized."

The comments come after a series of blasts in the Belgian capital claimed by Daesh killed 31 victims and injured more than 100 others Tuesday.

It is the latest in a series of attacks linked to the group that have spanned the globe from Europe to the U.S., Turkey, Lebanon and Egypt.

Not only have activists on Twitter found the proposal devoid of reality but President Barack Obama made his objections known during an historic press conference in Argentina.

"As far as the notion of having surveillance of neighborhoods where Muslims are present, I just left a country that engages in that kind of neighborhood surveillance, which by the way the father of Sen. Cruz escaped for America, the land of the free," he said after leaving Cuba.

"The notion that we would start down that slippery slope makes absolutely no sense" Colin Christopher, the deputy director of government relations at northern Virginia's Dar al-Hijrah mosque, told Anadolu Agency that it is "hard to take Mr. Cruz's suggestion seriously."

"It's really not the better part of American society," he said. "What we have here is a situation where people are scared, they are feeling a lot of economic pain and many of the Republican candidates are channeling the fear and the economic hardship that so many people face in the country-they use immigrants, Muslims and other minority groups as scapegoats."

Clinton's comments came at a rally in Stanford University in California where she suggested increasing partnership with U.S. allies to fight terrorism.

"It's hard to imagine a more incendiary, foolish statement," she said, noting that Muslims are a "first line of defense" against terrorism.

"One thing we know that does not work is offensive, inflammatory rhetoric that demonizes all Muslims," she added.