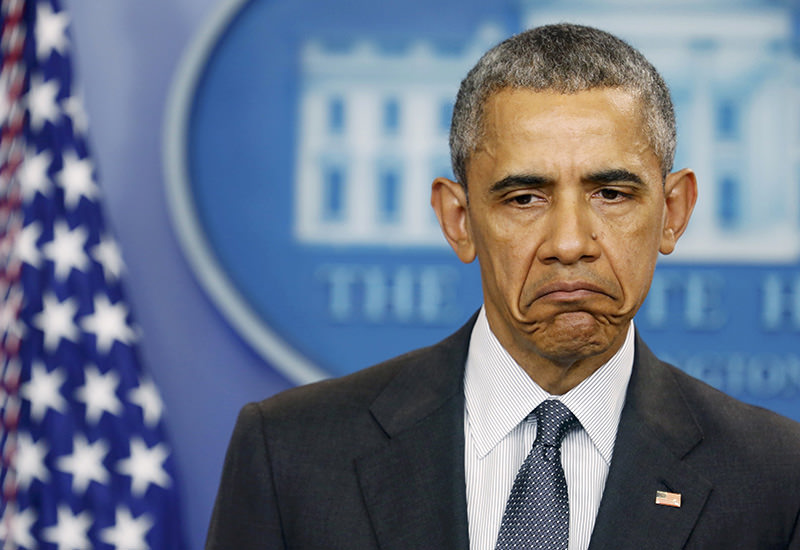 President Barack Obama on Tuesday dismissed as "half-baked" Donald Trump's plan to force Mexico to pay for a border wall by holding hostage the money its citizens send home from the United States.

The Republican frontrunner's promise to build the wall and force Mexico to foot the estimated $8 billion bill is a cornerstone of his under-fire campaign to win the U.S. presidency.

In a memo that the flamboyant New York tycoon handed over to the Washington Post, the candidate said he would force Mexico's hand by threatening to cut off billions of dollars sent home by Mexican immigrants.

"This is just one more example of something that is not thought through and is primarily put forward for political consumption," Obama told a news conference in response.

"The notion that we're going to track every Western Union bit of money that's being sent to Mexico: good luck with that," he said.

Remittances are one of the most important sources of income for Mexico along with oil and tourism.

In 2014, more than $24 billion was wired into Mexico from overseas, including payments from immigrants not just in the United States but in other countries such as Britain and Canada, according to the World Bank.

The outgoing Democratic president said cutting off remittances, many of which come from legal immigrants sending money to their families, would be "impractical."

The policy was ill conceived, he said, warning that if the Mexican economy collapsed as a result, more immigrants would flock to the United States to look for work.

People expect the US president and other elected officials to address serious problems by proposing effective policies "that have been examined," analyzed and which take unintended consequences into account, he said.

"They don't expect half-baked notions coming out of the White House. We can't afford that."

In the memo, Trump threatened to change a rule under the anti-terrorism Patriot Act that would cut off a portion of the funds sent to Mexico through money transfers, the Post reported.

The paper said the feasibility of Trump's plan was unclear both legally and politically, and that the idea could decimate the Mexican economy and set up an unprecedented showdown between the United States and a key diplomatic ally.

Trump's memo said the threat would be withdrawn if Mexico made "a one-time payment of $5-10 billion" to pay for the wall, the newspaper added.

"It's an easy decision for Mexico," it quoted Trump as saying in the memo, which the Post said was written on campaign stationery.

Called "Compelling Mexico to Pay for the Wall," the document included other potential intimidation tactics such as increased trade tariffs, cancelling visas, and higher fees for border-crossing cards, the Post said.

The Trump campaign did not immediately respond to a request to comment.

"I am getting questions constantly from foreign leaders about some of the wackier suggestions that are being made," he said.

"I do have to emphasize that it's not just Mr Trump's proposals. You're also hearing concerns about Mr Cruz's proposals, which in some ways are just as draconian when it comes to immigration, for example."

The Texas senator is leading Trump in the Republican contest for Tuesday's Wisconsin primary where a win for Cruz could bolster his chances of blocking the real estate mogul's drive for the Republican nomination.

Mexican President Enrique Pena Nieto has made clear "there is no scenario" in which his country would pay for a wall. He has compared Trump's rhetoric to the rise of European dictators Adolf Hitler and Benito Mussolini.