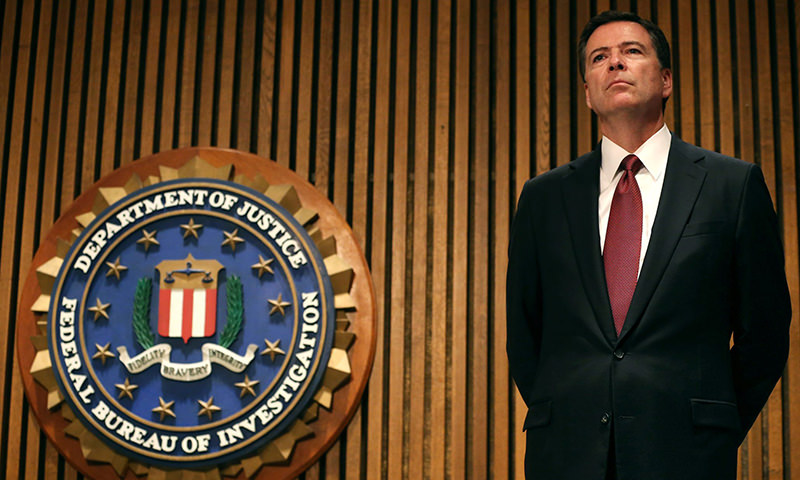 Paranoid by the latest debates in encryption and limiting privacy? — Seems like you are not the only one.

FBI Director James Comey revealed on April 8 during a speech at Kenyon College in Gambier, Ohio that he places a piece of black tape over his laptop's webcam.

Keeping his 'private matters private' may seem smart to some, but not all are happy.

Comey's revelations have been branded as "hypocritical" by some, especially because he is known as a strong advocate against "absolute privacy" which can get in the way of law enforcement and protection.

Arguing in his speech that tech companies should not create "unhackable" devices that can't be accessed by law enforcement agencies, Comey's admission seemed even more contradictory.

Among the few vocal critics who took to Twitter, Christopher Soghoian of the ACLU's Speech, Privacy, and Technology Project said that Comey's move showed 'double standards.'

Using WhatsApp or Signal to protect your phone calls is just like covering your webcam with tape. If it's good enough for the FBI Director..

Comey shared his own unusual practice with the crowd with these words:

"Because I saw somebody smarter than I am had a piece of tape over their camera," he said.

FBI Director Comey has created a "warrant-proof webcam" that will thwart lawful surveillance should he ever be investigated. Shame on him.

Comey's comments come in the wake of the very public spat between tech giant Apple and U.S. Department of Justice over the hacking into a locked iPhone that belonged to one of the San Bernardino shooters. After Apple refused government pressure to help unlock the iPhone, the FBI announced that it managed to find a way to crack iPhone security protections.

In the speech, Comey also underlined that the public needs to ensure that the U.S. government is not abusing its own covert surveillance system. "Demand to know how these devices work," he said.

It is known by all that the FBI has, for several years, been able to activate a computer's camera without triggering the 'recording light' to let the owner know that their webcam is on.

The FBI has used the spyware technology in terrorism cases and serious criminal investigations.