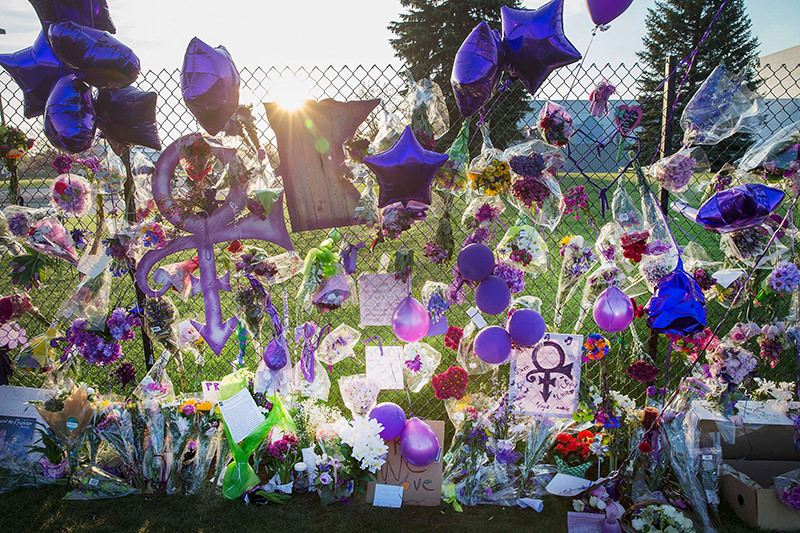 A state senator in Minnesota is pushing to make the official state color purple in honor of music superstar Prince.

Sen. Karin Housley tells the St. Paul Pioneer Press that she plans to introduce a bill Monday hoping to make the color Minnesota's.

Housley says she's a huge Prince fan and that seeing the world lit up in purple makes her proud. She says Prince was special and "he was ours."

Housley never met the musician but says she and former NHL hockey player Phil Housley, her fiance at the time, once waited for three hours outside of the Minneapolis club First Avenue. They wanted to catch a glimpse of Prince after a show.

She says Prince gave the couple a nod and that she was "in heaven" for the rest of her life.

For the third straight day, Prince fans in Minnesota flocked to sites made famous by the music superstar and hometown hero.

Hundreds have been mourning outside of Prince's Paisley Park estate in suburban Minneapolis, leaving purple flowers and balloons along the fence. The 57-year-old musician was found dead Thursday at the compound.

Fans are also leaving flowers and balloons beneath Prince's star at the Minneapolis club First Avenue, where he filmed "Purple Rain" and performed many times. First Avenue will host its third all-night dance party beginning Saturday night to honor the singer.

Prince talked dirty in song but had a reputation for clean living. He also had an ability to put on shows that were electrifying in their athleticism.

But after his death at age 57 questions are swirling over whether the music superstar had been hiding serious health problems from his fans.

An autopsy was conducted Friday. Authorities said it could be weeks before the cause of death is released.

But Carver County Sheriff Jim Olson said Prince's body had no signs of violence when he was found unresponsive Thursday morning in an elevator at Paisley Park, his estate in suburban Minneapolis. Olson also said there was nothing to suggest it was suicide.