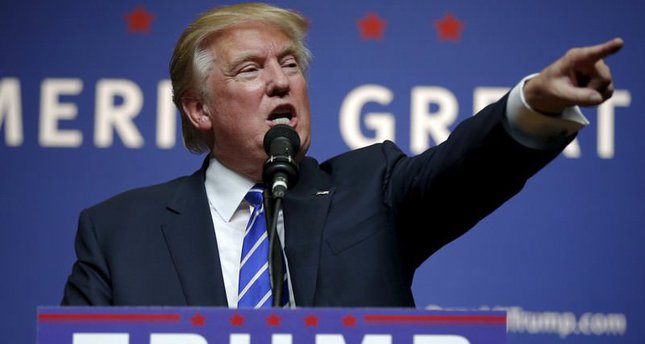 Donald Trump won the Republican presidential primary, while Bernie Sanders took the lead in the Democratic Indiana primary on Wednesday.

The win for Trump is a blow to Ted Cruz, who will fall further behind the billionaire in the race for the 1,237 delegates needed to claim the Republican nomination.

Donald Trump has a clear path to the Republican nomination for president, but he still has some work to do to clinch it.

Mathematically, Trump cannot reach the 1,237 delegates needed to win the nomination until June 7, the last day of the primary season.

He needs just 42 percent of the remaining delegates to get there. His chances are good.Trump's last remaining rival, John Kasich, has won just one state, his home state of Ohio. Since then, Kasich has collected a total of nine delegates.

Kasich is fourth in the race for delegates, behind Ted Cruz and Marco Rubio, who have suspended their campaigns.Trump won at least 51 delegates in Indiana, with six delegates remaining.

Bernie Sanders netted about a half-dozen more delegates than Hillary Clinton after winning Indiana. But in terms of the delegate math, his path to the Democratic nomination hasn't gotten any easier.

Clinton is now 92 percent of the way to clinching the Democratic nomination.

With 83 Indiana delegates at stake, Sanders will gain at least 43. Clinton picked up at least 37. Three delegates remain to be allocated, pending final vote tallies.

That means based on primaries and caucuses to date, Clinton now has 1,682 and Sanders has 1,361.

Clinton's lead is bigger when including superdelegates, or party officials who can back any candidate.

If he still hopes to win the nomination, Sanders would need to win more than 84 percent of the remaining delegates and superdelegates.