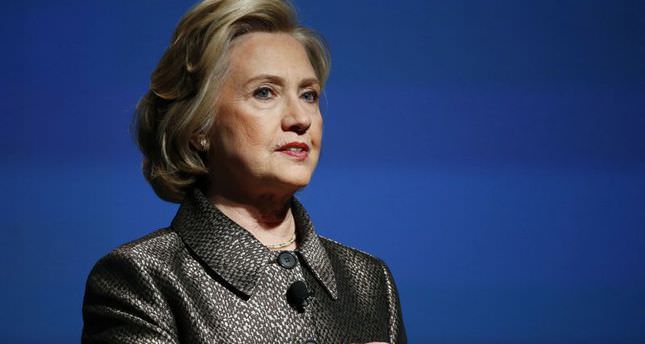 by Compiled from Wire Services May 05, 2016 12:00 am
The FBI, which is conducting a criminal inquiry into Hillary Clinton's email set-up while she was secretary of state, has interviewed several of her aides, CNN said on Thursday.

It said those interviewed included Huma Abedin, a senior aide to Clinton, the front-runner in the race for the Democratic presidential nomination for the Nov. 8 election.

Clinton, who is likely to win the race to become the Democratic Party's candidate in November's presidential election, has said she was willing to be interviewed in connection with the FBI's investigation into whether any laws were broken as a result of the email arrangement.

More than 2,000 emails sent and received by Clinton while working as President Barack Obama's top diplomat include classified information, which the government bans from being handled outside secure, government-controlled channels.

Clinton has said she did not send or receive any information that was marked as classified and that she expects to be exonerated, a point her spokesman echoed on Thursday.

Clinton's use of a private server for both official and private correspondence first came to light in 2015 during Republican-led congressional investigations into her handling of a militant attack on the U.S. mission in Bengazi, Libya.

The assault in 2012 left the US ambassador and three other Americans dead.

The FBI has since launched a criminal investigation amid Republican charges that use of the unsecured system endangered national security.

Judicial Watch's tie-in to the controversy is a freedom of information act it had filed in 2013 seeking information about Abedin's employment by the State Department under a special status that allowed her to work for others outside the department while serving as Clinton's adviser.

It dropped the suit a year later after receiving assurances from the State Department that it had searched for the requested records.

But after learning of Clinton's private email server, Judicial Watch reopened the suit, alleging that the State Department had not acted in good faith because its records search did not include the secretary's emails.