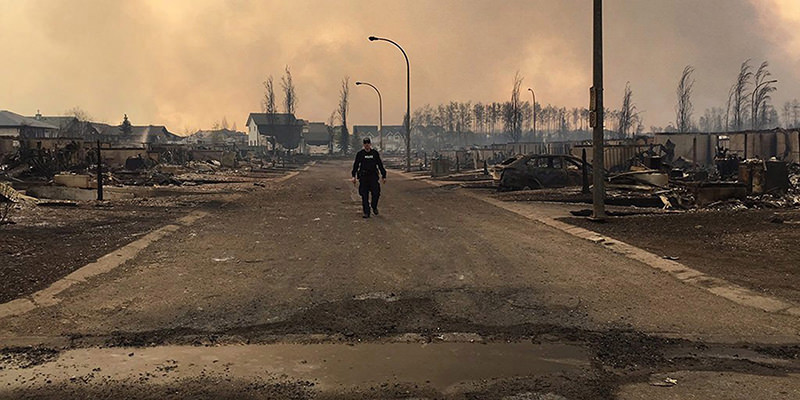 Newly arrived Syrian refugees in Canada are donating money to help those who have lost their homes and possessions to a massive wildfire, Canadian media reported Friday.

Rita Khanchet of the Syrian Refugee Support Group saw the devastating pictures caused by the still-growing wildfire in Fort McMurray, Alberta, and immediately thought of Syria -- where she, her husband and son had escaped five months ago.

She told the Calgary Herald newspaper that she understood the feelings of despair of the evacuees, forced to leave everything behind and flee.

"It's not easy to lose everything," the Calgary, Alberta resident said. "We can understand them more than anyone in Canada. We were in the same situation."

Khanchet was determined to help and she posted an appeal in Arabic on a Facebook page created by Syrian newcomers.

"Canadians gave us everything and now it is time to return the favor," she explained.

She asked for donations of CAN$5 and the response has been overwhelming, Khanchet said, despite the financial plight of Syrian refugees.

"It is amazing," she said. "You have to understand how little these guys have … but they understand the idea of an entire city losing their home." The unspecified amount collected will go toward purchasing hygiene items.

As of Thursday, Canadians had donated $11 million to the Red Cross to help Fort McMurray residents.

Meanwhile, the fire shows no signs of slowing down.

Approximately 8,000 city residents who had fled to oil sands camps north of Fort McMurray were airlifted out by military aircraft.

And 1,500 vehicles, 50 at a time, started going by convoy Friday morning, escorted by Royal Canadian Mounted Police on the ground and military helicopters in the air, through Fort McMurray south to safety.

Residents were stranded in the camps because the only road south went through the fire-ravaged city.

The convoys will pass through the city and it will be the first time residents get a first-hand look at the devastation, where at least 1,600 homes and buildings have burned and tens of thousands evacuated.