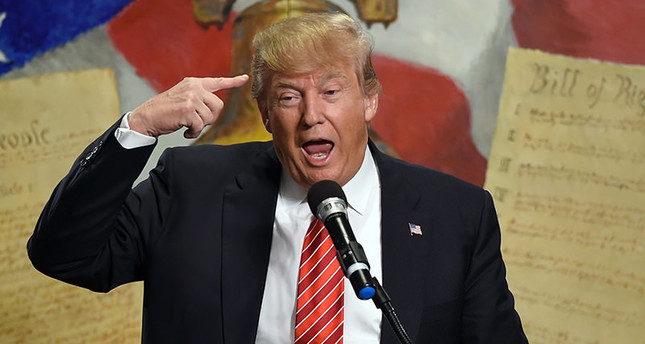 President Barack Obama on Friday warned the White House race is not a "reality show" and called for Donald Trump's record to be held to close scrutiny as the billionaire seeks to rally divided Republicans behind him.

With Trump seizing the mantle of presumptive Republican nominee this week after his rivals exited the race, debate has turned to whether he will be able to rally the party faithful behind him between now and November.

Asked about Trump's candidacy and the resulting chaos on the Republican side, Obama offered some of his most pointed comments yet about the celebrity real estate mogul and longtime star of the TV show "The Apprentice," whose political rise has stunned the world.

"We are in serious times and this is a really serious job," Obama told reporters at the White House. "This is not entertainment. This is not a reality show."

"Every candidate, every nominee needs to be subject to exacting standards and genuine scrutiny."

Trump has raised howls of protest within his own party with his harsh, free-wheeling speech and proposals ranging from banning Muslims from entering the United States to building a wall on the southern border to keep out Mexican migrants to slashing US funding for NATO so allies pay more.

"He has a long record that needs to be examined, and I think it's important for us to take seriously the statements he's made in the past," Obama said.

Secretary of State John Kerry piled on, telling a diverse and international graduating class at Northeastern University that they were "Donald Trump's worst nightmare."

"We will never come out on top if we accept advice from soundbite salesmen and carnival barkers who pretend the most powerful country on Earth can remain great by looking inward and hiding behind walls," he said.

The words of warning came a day after the nation's top elected Republican official, House Speaker Paul Ryan, refused to support the presumptive nominee, saying Trump has "some work to do" to win over skeptics within his camp.

Possibly offering an olive branch, Ryan invited Trump to meet with him and fellow party leaders in the House next Thursday.

Trump said he planned to tell Ryan, third in line to the presidency, "Look, this is what the people want."

"I really think I earned the support from the people," he told ABC's "This Week" in excerpts released ahead of Sunday's broadcast.

Trump said earlier he was taken aback by Ryan's rebuke.

Ryan's warning to Trump threw the Grand Old Party deeper into soul-searching over how to mount a viable campaign against Democrat Hillary Clinton in November.

Senator Lindsey Graham became the latest establishment Republican to join the growing "anything but Trump" chorus.

He joined Jeb Bush in saying he would support neither Trump nor Clinton. The pair -- both dropped out of the race against Trump -- stressed that they will focus on the key goal of helping Republicans maintain their majorities in the House and Senate.

But other GOP figures have pledged their support, including former senator Bob Dole, who was the Republican nominee in an unsuccessful campaign against Bill Clinton.

Trump, Dole said, "is our party's presumptive nominee and our best chance at taking back the White House this November."

Ryan, the 2012 Republican vice presidential nominee, has stressed the burden is on Trump to begin the healing process within his fractured party.

But Trump's clumsy effort to reach out to one alienated group of voters triggered an immediate backlash after he tweeted a photograph of himself eating a taco bowl, adding "I love Hispanics!"

"I honestly think he understands that building and unifying and growing the party is the only way we're going to win."

Democrats, buoyed by polls that show Clinton leading Trump head-to-head, seized on the Ryan clash to highlight the GOP turmoil.

Clinton, who leads a resilient Bernie Sanders in their Democratic nomination battle but has yet to seal the deal, has already pivoted to attacking Trump, calling him a "loose cannon" and saying Americans can't risk electing him commander in chief.

Her campaign and its supporters have also begun reaching out to Republicans disillusioned with Trump, according to The New York Times.

Some conservatives, including Senator Ben Sasse, have made waves by arguing that a third candidate should challenge Trump and Clinton.

Speaking about the Republican Party's Trump conundrum, Obama said its voters will ultimately have to "make a decision as to whether this is the guy who speaks for them and represents their values."

"I'll leave it up to the Republicans to figure out how they square their circle."