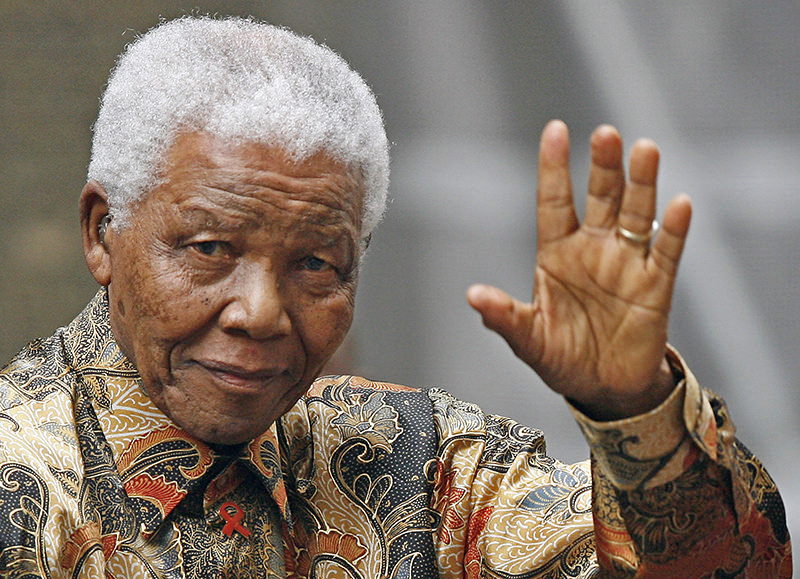 This picture taken on August 28, 2007 shows former South African President Nelson Mandela waving to the media as he arrives outside 10 Downing Street. (AFP Photo)
by May 15, 2016 12:00 am

A tip from a CIA spy to authorities in apartheid-era South Africa led to Nelson Mandela's 1962 arrest, beginning the leader's 27 years behind bars, an article in the Sunday Times reported.

The newspaper cited comments reportedly made by Donald Rickard, a former US vice-consul in Durban and CIA operative, to British film director John Irvin.

Irvin's new film "Mandela's Gun", about the months before the anti-apartheid icon's arrest, is due to be screened at the Cannes film festival this week.

An article by James Sanders, who said he was asked by Irvin to investigate the issue, said the director travelled to the US earlier this year and interviewed Rickard.

Rickard explained how Mandela was arrested as he travelled between Durban and Johannesburg but did not explain how he had learnt where he would be.

He added that Mandela was "completely under the control of the Soviet Union".

"He could have incited a war in South Africa, the United States would have to get involved, grudgingly, and things could have gone to hell," Rickard added.

"We always knew there was always collaboration between some Western countries and the apartheid regime," he told AFP.

He claimed that though the incident happened decades ago, the CIA was still interfering in South African politics.

"We have recently observed that there are efforts to undermine the democratically elected ANC government," he alleged. "They never stopped operating here."

"It is still happening now -- the CIA is still collaborating with those who want regime change."

Rickard, who was reportedly employed by the CIA until 1978, died in March, two weeks after talking to Irvin.