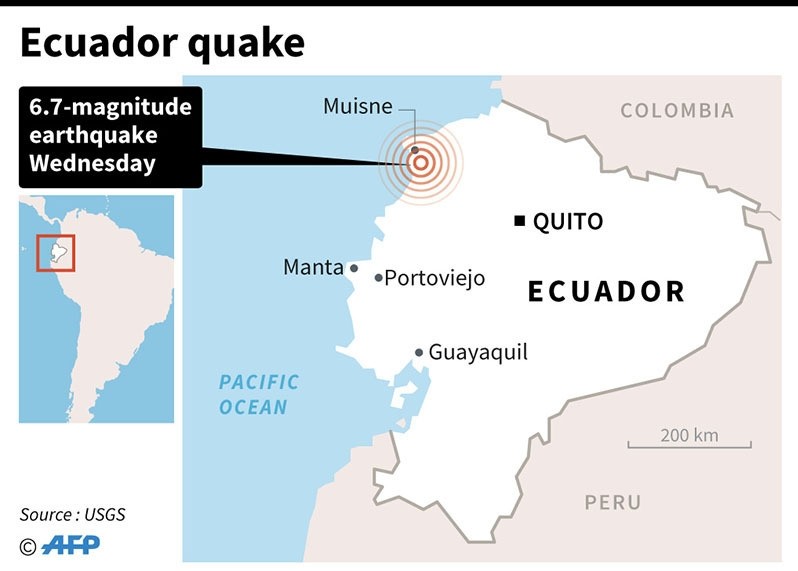 A magnitude 6.7 earthquake struck Ecuador's coast overnight in the same zone where a 7.8 tremor killed more than 650 people last month.

There was no report of significant damage from Wednesday's quake, which cut electricity in some coastal areas and sent people running into the streets as far away as the highland capital Quito, witnesses said.

President Rafael Correa said the epicenter was the fishing village of Mompiche on the Pacific coast, and only some "small damages" had been caused.

"Keep calm everyone," he tweeted, adding there was no tsunami warning.

The Pacific Tsunami Warning Center also said no Pacific-wide tsunami was expected from the quake, whose depth the U.S. Geographical Survey put at 10 km (6 miles).

The April earthquake, Ecuador's worst in nearly seven decades, flattened buildings along the coast. As well as the fatalities, it also injured around 16,600 people and caused an estimated $2 billion of damage.